Dan Bilzerian’s Weed Company Is Reportedly Burning Through $1.5 Million A Month, May Be Bankrupt In Two Weeks 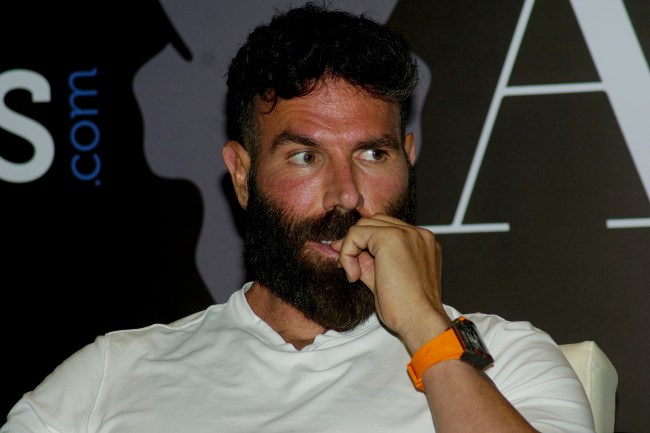 Despite the glamorous life Mr. Bilzerian’s cultivated on social media over the years, reports over the past year have been anything but peachy.

There was that report that Bilzerian moved out of the $75 million mansion he rented because he was behind on rent. And the much-anticipated autobiography that went up in flames because he hated the ghostwriter’s portrayal of him.

Now, it’s being reported that Bilzerian’s weed company, Ignite, could go bankrupt in the next two weeks.

In July, news broke that Ignite was $50 million in the red, resulting in Bilzerian ending the lease on the aforementioned mansion (to the elation of his neighbors).

According to Forbes, CannMart, a distribution company that moves Ignite-branded product in Canada—where Bilzerian’s firm is publicly traded—cut ties with Ignite last week after shares of the company tanked from to $1.44 (Canadian) to about $0.35.

Uber is worth 80 billion, it has never had a profitable month since it started and it lost over 5 billion in one quarter last year.

In a recent YouTube video, financial analyst Tom Nash does a deep dive into Ignite’s financial records for Q2 (which were recently revealed two-and-a-half months after the deadline) and explains how the end may be near for Bilzerian’s baby.

As transcribed by Sportskeeda:

“Based on the financials,the company in two weeks is going to be literally out of cash. Not balance sheet insolvency , not theoretical accounting insolvency , they are out of cash in exactly fourteen days .”

“Based on these financials, the company started the year with 15.1 million, ended the 2nd quarter with 5.8 million, meaning it burned through 9 million dollars in a span of six months. That means it burns through a million and a half, every single month. “

“Now if you have 5.8 million on June 30th, it literally means that you have four months to live . That’s it, from June 30th, four months, you get October 30th which is in two weeks. ”

“They literally had zero growth from last year . A company that sells weed online during a pandemic, when everybody’s tuck at home smoking weed had zero percent growth over one year. This is insane. “

If Bilzerian’s in trouble, he’ll be the last one to come to terms with it.

Some journalist said Ignite was funding my life, bitch I been going hard for 10 yrs and been famous for going hard for 7. I started Ignite 2 yrs ago, raised around 100 mil and I own the majority of the company, suck my dick

If this is what impending bankruptcy looks like, take my money. All $273 of it.

Just finished my 6th book edit, I’m picking 2 of you to come to my book release party and giving you both $5,000 dollars, plus I’m giving 1000 of you signed copies of the book, just hit the LINK IN MY BIO, it’s free, no bullshit, no strings attached

Use @alisterco its good for bathing

Puttin some pocket change on @cowboycerrone who y’all got?