Dan Bilzerian Moved Out Of $75 Million Rented Mansion After Reportedly Being Behind On Rent, Neighbors Overjoyed 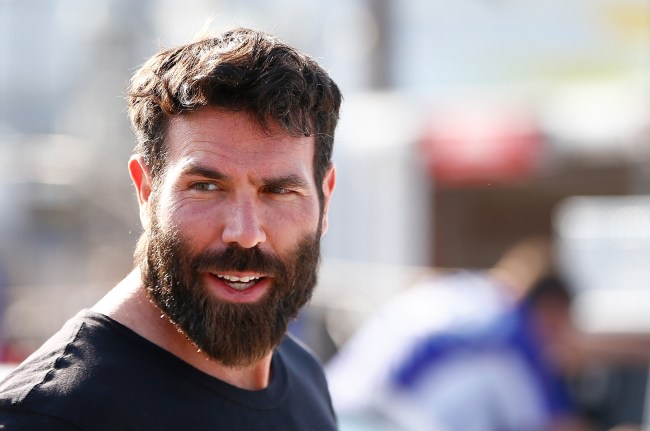 Dan Bilzerian is the ultimate paradox because he consistently comes off as a try-hard tool, but I’d also leave my fiancee at the alter to hang out him and his flock of flawless floozies for one night. I’d sleep on the pool table and wouldn’t leave until he brandished a firearm in my face.

My self indulgence knows no bounds

The 39-year-old Instagram hedonist projects the life of the ultimate bachelor, but a new lawsuit targeted at Bilzerian’s cannabis company suggests that his life is not all boners and bimbos.

A whistleblower-retaliation lawsuit filed today claims that Instagram playboy Dan Bilzerian’s cannabis company, Ignite International, Ltd., funded such extravagant personal expenses as a $40,000 rock climbing wall, a $15,000 ping-pong table, and a $130,340 Bahamas photo shoot — and then fired the company president for refusing to approve the expenses.

Can someone tell me why a human being needs a ping pong table priced like a fully-loaded Kia Optima?

One side effect of adderall is it makes me a fucking ping pong champion pic.twitter.com/OUs21vIAG2

(Bilzerian must’ve upgraded his table since 2015, because there isn’t a table on Cornilleau’s website that is more than $4,599.)

An outside auditor identified almost $1 million of the company’s money as suspicious expenses, including an $18,000 liquor tab for a Valentine’s Day party which Bilzerian reportedly expected to be classified as an essential company expense.

Below is a shot from the V-Day party, which I assume everyone was hammered by 9 pm for: 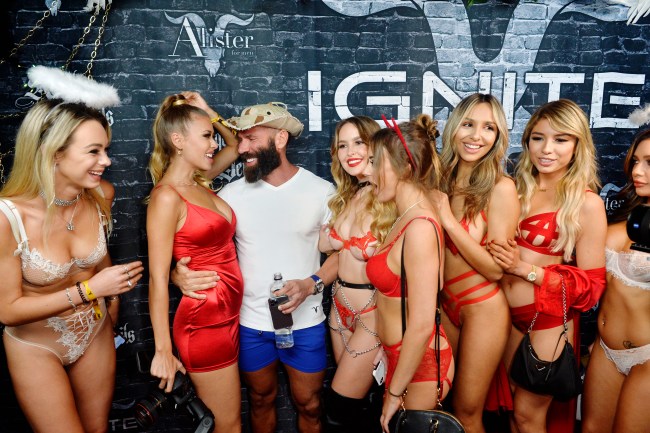 Former Ignite International president Curtis Heffernan claims in his Superior Court lawsuit that he refused to misclassify a Paycheck Protection Program government loan as “miscellaneous income,” as instructed by Bilzerian. Heffernan claims Bilzerian fired him when it became clear he wouldn’t enable his asinine spending on the company’s dime.

“He traveled the world with a harem of models that would make Hugh Hefner jealous, expecting that the company would cover it all.”

My boat bigger than your sugar daddies boat

Former Ignite employees, who spoke to Forbes under the condition of anonymity, confirmed Heffernan’s credibility.

“Ignite pays for everything,” one said. “Models, events, yachts. Dan would just have it wrapped with the Ignite logo, and all of a sudden it was an Ignite expense and he would send them the bill.”

“Pools, trampolines,” the employee added, “his ‘personal events’ that had nothing to do with the business.”

Been a rough week for Dan, but wanted to make sure he was up on his financial news pic.twitter.com/ZRxgtrB00w

No word on whether the 28-foot python was thrown on the company tab, but I think we can connect the dots.

The lawsuit also alleged that Bilzerian rented the fancy home in the Los Angeles hills that he just this week moved out of after reportedly falling a couple month’s behind on rent and with an even bigger option payment on the horizon.

It has since been listed for $75 million. Highly recommend checking out the listing if you don’t already feel poor enough.

Does this house make my dick look bigger

No one was happier Bilzerian moved out than his Bel Air neighbors.

The Bel Air Association was so fed up with the commotion and pyrotechnics from the mansion that they were considering legal action, according to executive director Shawn Bayliss. [Forbes]

The last thing I would do is wish misfortune on Bilzerian, but I can’t say I wouldn’t be entertained if he moved into a two bedroom condo in Cleveland.