Report: Dan Bilzerian’s Cannabis Company Is Profitable Again For The Second Quarter In A Row 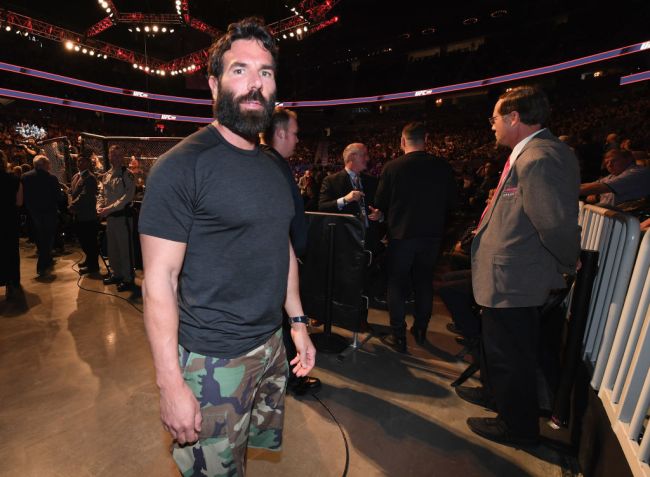 Dan Bilzerian seems to be on a bit of a run lately.

The so-called “Instagram Playboy” hasn’t posted to his account since December. Instead, he appears to be quietly working behind the scenes on rebuilding his cannabis company, IGNITE.

According to reports, the company reported a loss of $67 million CAD ($50 million USD) in fiscal year 2019. Some speculated the company was about to go bankrupt.

In October 2020, Bilzerian addressed the situation on his Instagram stories, saying IGNITE had an “idiot incompetent president” and that he “fired his ass,” adding that he put $25 million into the company. He also added that IGNITE was going to have a profitable Q4.

Speaking to the latter, Bilzerian delivered.

According to the filing, IGNITE only lost $19.7 million in 2020, per documents filed with the Canadian Securities Exchange. The company claimed its first ever profitable quarter in Q4, with net income of $3.1 million.

In the filing, Bilzerian called 2020 a “difficult transition year,” with the filing noting that debt was still an on-going issue for the company.

More good news for the company.

On June 3rd, IGNITE released financials for Q1 2021. The cannabis company announced “positive net income”, calling it “the strongest performing first quarter in the company’s history.” In a statement, Bilzerian credits the improvement to improved sales and cost reduction.

In a statement, Bilzerian speculated that the company will double sales in Q2 of this year.

“We’re keeping the momentum going with positive net income for a second consecutive quarter,” says Dan Bilzerian, CEO at IGNITE. “The strength of our Q1 financial statements is a testament to the traction we’ve gained as a result of premium quality products tied to a recognizable brand. Even with some of our markets shutdown for almost all of 2021, such as Canada and the United Kingdom, our sales in Q2 will be more than double our sales in Q1 2021 and more than double sales in Q2 last year. This is going to be a very exciting year for IGNITE with existing markets reopening and our plan to open a number of new markets in the second half of the year.”

The company’s new president and COO, John Schaefer, adds that it navigated the hand it was dealt relatively well:

“The IGNITE team effectively executed the Q1 strategy despite significant global supply chain challenges and retailer lockdowns in key markets,” says John Schaefer, President and COO at IGNITE. “Our unwavering dedication to driving customer satisfaction will hopefully enable us to continue to achieve triple digit sales growth throughout 2021. We look forward to sharing news of expanded product lines and the creation of lifestyle experiences to further engage our customer base.”

As the world reopens, it will be interesting to see what the future holds for IGNITE.

Presumably, no more extravagant parties in the name of “branding” and “awareness.” Just a focus on a business fundamentals.