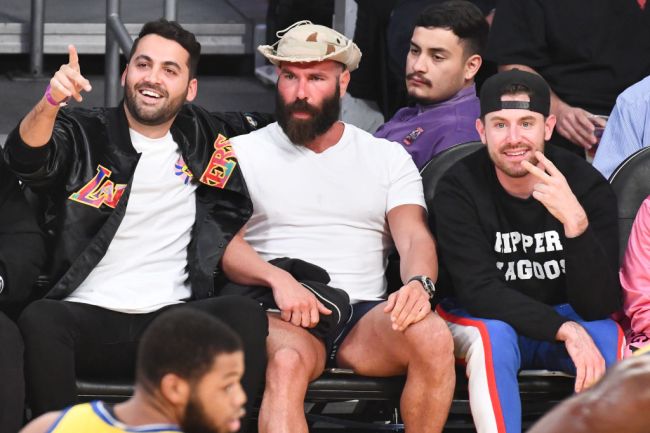 Dan Bilzerian didn’t have a great go of it in 2020. But things may be finally be turning around for the Instagram playboy-turned ganjaprenuer. Bilzerian’s cannabis company, IGNITE, reported a profitable quarter in 2020, according to a regulatory filing last month.

A quick recap of Bilzerian’s bad year: He finished his autobiography, but then had to move out a $75 million mansion after falling behind in rent, much to the delight of his neighbors. Next, his weed company, Ignite, came under fire for burning through millions a month. According to reports, Ignite reported a loss of $67 million CAD ($50 million USD) in fiscal year 2019.

As a result, Bilzerian was sued by Ignite business partners for reckless spending of company funds. Many started speculating that Bilzerian’s company was headed for bankruptcy. Some even alleged that Bilzerian himself was looking to flee the country.

Curtis Heffernan, the former president of Bilzerian’s Ignite International Ltd, alleged some serious misuse of funds at the company in a lawsuit filed last July. Heffernan took the job after leaving a VP job at Procter & Gamble. According to the lawsuit, Heffernan told the board that the company couldn’t spend so frivolously. Heffernan was allegedly fired by Bilzerian, according to a complaint alleging whistleblower retaliation, defamation, and wrongful termination.

A few of the extravagant personal expenses detailed in the filing include (in USD):

All things considered, accountants auditing the company found $843,000 in company expenses that appeared to be “personal in nature.” According to Forbes, this also includes:

As the media started calling the CEO of IGNITE out for faking his lavish, Instagram-friendly lifestyle, he took to Twitter to responded:

Some journalist said Ignite was funding my life, bitch I been going hard for 10 yrs and been famous for going hard for 7. I started Ignite 2 yrs ago, raised around 100 mil and I own the majority of the company, suck my dick

What’s going on with Ignite now?

Though the company still has a whole mess of debt, Dan Bilzerian seems to putting the IGNITE train back on the tracks.

According to the filing, IGNITE only lost $19.7 million in 2020, per documents filed with the Canadian Securities Exchange.

Losing money is never great, but the news does get a little better…

In the fourth quarter of 2020, IGNITE claimed its first ever profitable quarter, with net income of $3.1 million.

Will Ignite turn it around?

IGNITE managed to cut costs the old fashion way – slashing marketing budget. No lavish parties hosted by Dan Bilzerian during the pandemic, which means cutting the promotional budget by nearly 75 percent, according to Forbes. The company also sold stock it owned in a company called Numinus, selling 3 million shares for $3.6 million (CAD).

An even more material change for the company was debt management for shares in the company, putting Ignite in a better financial position. They managed to raise cash and stave off bankruptcy for now, with an accumulated deficit of more than $100 million CAD (vs. $83 million CAD at the end of 2019), according to Forbes.

Though the company reported an all-time high of $16 million in sales, Ignite’s biggest income streams continue to be debt and shares in its own stock, which hit a low of $0.35 Canadian last fall.

And nearly all of the sales Ignite recorded ($12.8 million, out of $16.9 total) was as a wholesaler, not a retailer of branded products.

Ignite managed only a $6.4 million gross profit on those sales figures, and the company continues to drown in administrative costs. Ignite posted $22.66 million in operating expenses, and that, coupled with other losses including interest on existing debt, led to the $19.371 million in losses.

A “difficult transition year” for IGNITE

In a statement issued with the earnings announcement, Bilzerian called 2020 a “difficult transition year.” He also heralded new management for putting the company on a path to long-term profitability.

“With the publishing of these results, we close off a difficult transition year in which the company emerged far better positioned to achieve significant profitability and growth in 2021,” said Dan Bilzerian, CEO at IGNITE, adding, “The new management team had to overcome the difficulties of operating during a pandemic and a crippled worldwide supply chain. This made the introduction of new products and maintaining an adequate supply of existing products an unprecedented challenge. But I am pleased with the execution of our new management team and our new important partnerships which should help enable IGNITE to substantially increase sales by satisfying the increasing global consumer demand for our products.”

Guess we’ll see what the future has in store for IGNITE. Is 2021 the year the financially-troubled cannabis company finally turns it around? The company has pivoted to more products in different categories, including IGNITE vodka and IGNITE ZERO performance beverages. Still, that’s a whole lot of debt to keep the lights on.

Considering the optimistic earnings report, I doubt the freewheeling parties-on-behalf-of-the-company are coming back anytime soon.