Dan Bilzerian Says He’d Give Up Drinking, Drugs And Sex To Be Elected President – King Of Instagram’s Campaign Platform 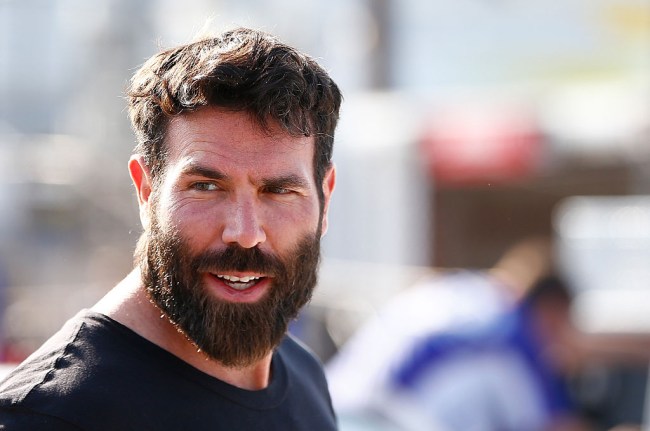 President Donald J. Trump proved that anyone can be President of the United States, even if they are not a beltway insider. After the billionaire businessman turned reality TV star became POTUS, other celebrities hinted that they might want to run for President including Kanye West, Dwayne “The Rock” Johnson, Oprah Winfrey, and Mark Cuban. The latest non-politician to possibly throw their hat into the ring to be the President is Dan Bilzerian.

Dan Bilzerian is known for his playboy lifestyle that he flaunts on his Instagram account that has nearly 30 million. But Bilzerian is willing to give up all of the debauchery, drugs, and booze to be elected as President.

Dan Bilzerian, who is known as the King of Instagram and as a celebrity poker player, told TMZ that he wants to run for President of the United States in 2024.

My boat bigger than your sugar daddies boat

Bilzerian said that one of his campaign promises is that he would abstain from alcohol, drugs, and sex while he is running for office and while he is serving as President if he was elected to “prove to voters he means business.” That sounds easier said than done considering Dan has been surrounded by gorgeous Instagram models for years.

Love me some Italy

When Dan was asked about Kanye’s chances in the 2024 presidential election, he answered, “Better than Hillary (Clinton).” He added that Kanye would probably get Trump’s endorsement over him.

Bilzerian, who has a net worth of $150 million, would run as a Republican since he is pro-gun. But also holds several liberal positions such as being pro-choice and pro-gay rights.

In an interview with London Real from last August, Bilzerian laid out what he wants to get done before he runs for President. “I gotta make this multi-billion-dollar business, focus on helping other people out, more philanthropy stuff. Then, I think I’ve got a good chance.”

“I should have billions of dollars by that point, then basically just give the money back. I’d keep $500 million or something and then cap the amount that I could spend. Basically, I would be uncorruptible. That would be the premise of my running.” Bilzerian is the “brainchild” of the cannabis and CBD company Ignite, which he hopes will bring him billions.

“Just because it would be the last kind of box that I’d wanna check,” Dan said on his motivation to be POTUS. “I feel like I could do it. I feel like I did it for pure reasons. Like I really want to do the right thing, which I feel like is not usually the reason why most people get into politics.”

I don’t know if I would enjoy it,” Bilzerian said of taking the office in the White House. “But I think I’d be one of the few people who could handle the responsibility and the power, and not get f*cked up with it. It seems like the last bucket list item.”

“I think I’d do another four to eight years of this,” Bilzerian said of his Instagram and cannabis business.

In an interview with TroubledTV in August, Bilzerian echoed the same sentiments on his run for President.

Bilzerian said he would “have to make at least a billion or two billion dollars” before he ran for President. He said he would give the majority of his money away before running.

“I’m gonna have a panel of people that are experts in all these fields, and I’m just gonna make decisions based on what I think is the right answer,” he said of his political platform. “Not based on who’s paying me or what company helped me get into office.”

Bilzerian said he spent a few hours with Trump before he was elected President. “He seemed like one of the guys,” Bilzerian said of President Trump. “Typical guy I’d meet at a country club or one of my dad’s buddies, or a thousand other guys I met. Seemed like a nice guy.”

On December 16, 2015, Bilzerian shared a photo of him and Trump on Twitter with the caption: “In an age of pussified political correctness, you have to respect the people who remain unfiltered @realDonaldTrump.”

In an age of pussified political correctness, you have to respect the people who remain unfiltered @realDonaldTrump pic.twitter.com/pwXHuitXsV

In June of 2015, Bilzerian announced that he was running for President, but ended his 2016 presidential campaign by December of 2015.

It would be great to see Dan’s cat Smushball in the Oval Office.