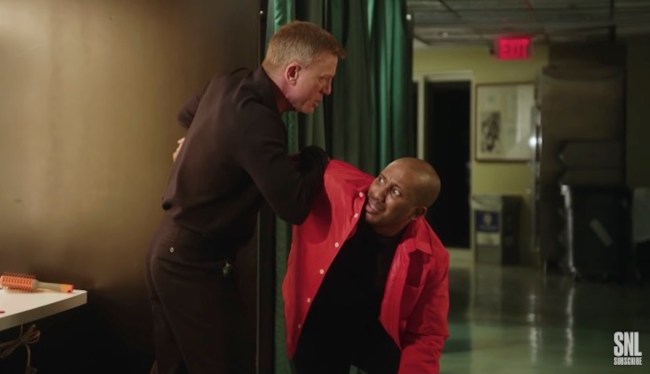 In case you’ve spent the last 24 hours bitching about politics or the coronavirus and haven’t consumed anything outside of those two topics, news broke yesterday that the release of No Time To Die — the 25th James Bond film and the fifth and final 007 movie to feature Daniel Craig — had been pushed back from Friday, April 10 to Wednesday, November 25 due to growing concerns about the coronavirus.

“MGM, Universal and Bond producers, Michael G Wilson and Barbara Broccoli, announced today that after careful consideration and thorough evaluation of the global theatrical marketplace, the release of No Time to Die will be postponed until November 2020. The film will be released in the U.K. on November 12, 2020 with worldwide release dates to follow, including the U.S. launch on November 25, 2020,” the official statement from the studios read.

While the move was certainly stunning, it’s also entirely logical, as rushing the film to market in these current times — regardless of how deadly the coronavirus may ultimately be — provides no upside. Conversely, all moving it back does is give them more time to audience test, tweak, and ultimately build up more anticipation for the film. PLUS, it’ll make just as much money in November as it would in April, even if this current coronavirus scare wasn’t happening.

But while the studios behind No Time To Die may have had the flexibility to push Craig’s final Bond outing back seven months, not everything involved with the project can say the same, as Craig is set to host Saturday Night Live this weekend.

The news of the film’s delay was announced on Wednesday, so unless the studios or Craig passed on the word to Saturday Night Live before then, there were likely tons of Bond references worked into the show, such as the promo below, which, funnily enough, was also released yesterday.

Granted, it’s a legitimately hilarious bit, but now that No Time To Die has been delayed, a lot of their Bond punchlines are going to need some workshopping.