Danny Amendola Throws Shade At DJ Zedd For Getting Cozy With His Ex, Olivia Culpo, At Coachella 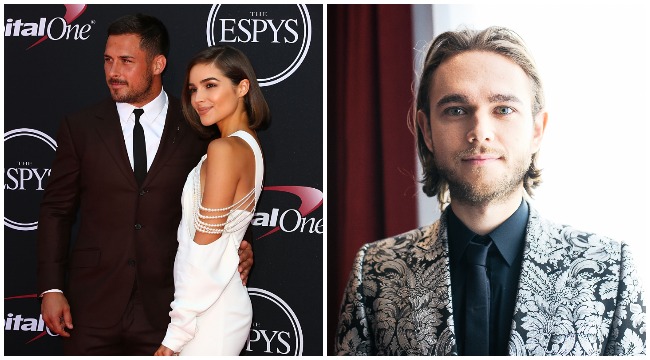 It wasn’t too long ago when Detroit Lions wide receiver Danny Amendola and former Miss Universe Olivia Culpo appeared to be one of those rare celebrity couples that were built to last. The two equally attractive human beings began dating in February of 2016 and Culpo soon became a diehard Patriots fan and mainstay at Amendola’s game. I mean, they were *sO cUtE.*

The pair has been on and off in 2019 and I can’t imagine Amendola spending the tail end of his career in Detroit was a huge incentive for Culpo to commit, especially seeing as reports surfaced claiming Amendola had no interest in ever being exclusive with Culpo.

Welp, it seems like the two-time Super Bowl champion may be regretting his indecision after Culpo was spotted getting cozy with Russian-German DJ Zedd in the artist area as they watched Ariana Grande’s set on Sunday night at Coachella.

Amendola didn’t take too kindly to the view, evident in a since-deleted Instagram story where he employed a scene from Pulp Fiction.

@DannyAmendola over here taking shots at @Zedd. Damn Amendola you petty af even after @oliviaculpo took you back. I’m weak this is too funny. 😂😂😂 pic.twitter.com/B0D8RH1sCA

He played the scene where Bruce Willis leaves town with his lady, and she asks, ‘Whose chopper is this?’ Willis responds, ‘Zed’s.’ She replies, ‘Who’s Zed?’ To which he replies,’Zed’s dead, baby. Zed’s dead.’