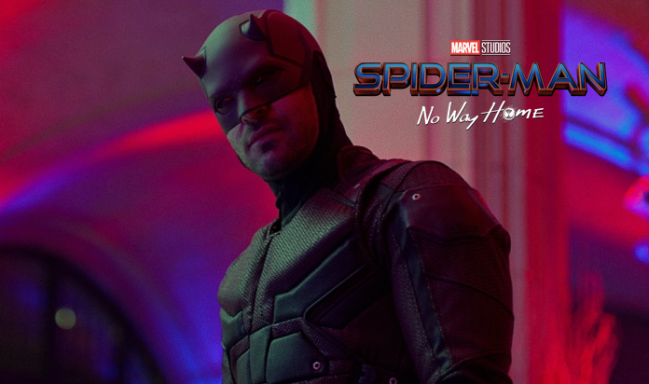 Just in case the Spider-Man: No Way Home trailer wasn’t already chock full of Marvel characters — such as Doctor Strange, Doc Ock, Green Goblin, Sandman, Electro, and Lizard, to name a few — fans have been speculating that the first look at the highly-anticipated Spidey film also included a tease at Charlie Cox’s Matthew Murdock, a.k.a Daredevil.

The shot in question comes when Peter is in custody and looks up at an unseen figure who slams a file down on the table. The combination of Peter’s facial expression, the fact that this *could*, given the context of the scene, be a lawyer, and the hairiness of the forearm — yes, the hairiness — led some to believe that this could be the scene that introduces Matthew Murdock/Daredevil into the Marvel Cinematic Universe. 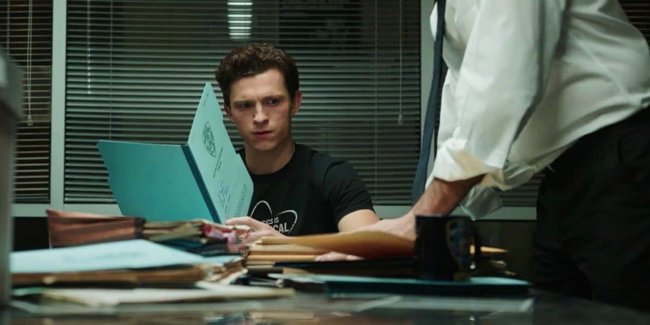 Speaking to ComicBook, however, Cox said “I can promise you those are not my forearms.”

Now, even if Cox is telling the truth, anything he says should be taken with a grain of salt — especially following all of the No Way Home leaks we’ve seen so far, whether that be Alfred Molina spoiling his return or the trailer leaking early — because any actor with a remote shred of intelligence wouldn’t dare cross Marvel Studios president Kevin Feige when it comes to the secrets of No Way Home. Hell, remember that story from a couple of weeks ago when Owen Wilson revealed he got a mysterious text saying “strike one” after he accidentally let slip that Mobius would be rocking a mustache in Loki? I can only imagine the consequences for spoiling the return of Daredevil.

RELATED: Is Tom Holland’s Birthday Message To Zendaya The Biggest Flex In The History Of Both Men And Social Media?

Regardless of Cox’s forearm diversion, Daredevil’s return to the MCU feels like an eventuality at this point, as I’ve heard rumors from trusted industry sources that Cox’s Matthew Murdock and Vincent D’Onfrio’s Wilson Fisk/Kingpin will not only be joining the franchise but will be doing so relatively soon, by way of Hawkeye and She-Hulk, respectively. While I personally feel including him in the narrative of No Way Home would be one too many spices in the sauce, having Cox’s Matthew Murdock pop up in a cameo role — or in a post-credit scene — would certainly be a welcome sight as fans have been clamoring for the character to join the franchise ever since the excellent Netflix series was canceled.