Is Tom Holland’s Birthday Message To Zendaya The Biggest Flex In The History Of Both Men And Social Media? 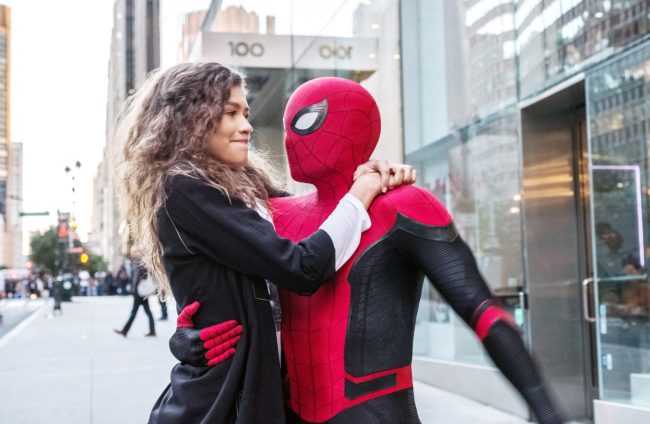 But in all seriousness, more so than the fact that he’s dating Zendaya — objectively one of the most beautiful women of the world, whose 106 million followers (and counting) on Instagram make her the 28th most-followed person on IG on the planet — is that he’s doing so in the context of them also playing Spider-Man and MJ.

What little kid doesn’t dream of being a superhero when they grow up, let alone Spider-Man, an inarguable Top 5 comic book character of all time? What teenager (and adult, for that matter) doesn’t hope to one day sleep with and date a world-famous movie star/model? Tom Holland is doing both at the same time and the levels of flex in the caption alone summarize that notion: “Hey everyone here’s my girlfriend who’s also an actress who’s playing the object of Spider-Man’s affection and, oh, by the way, I’m also Spider-Man.” He’s living the fantasy life of both childhood you AND grown-up you. Saying so much with so little. Well played, Tom. Well played.

The only thing that I can possibly imagine being cooler than this is playing Batman or Joker and posing for a romantic behind-the-scenes photo with Margot Robbie in Harley Quinn make-up instead. And that’s got nothing to do with Zendaya/Margot and everything to do with the fact that being Batman would be cooler than being Spider-Man because being a billionaire without powers is far better than being a broke teenager with powers.

You can next catch Zendaya in the highly-anticipated Denis Villeneuve film Dune when it hits theaters and HBO Max on October 22. As for Holland’s next movie, I imagine your calendar already has December 17 circled, as that’s the day Spider-Man: No Way Home finally hits theaters.