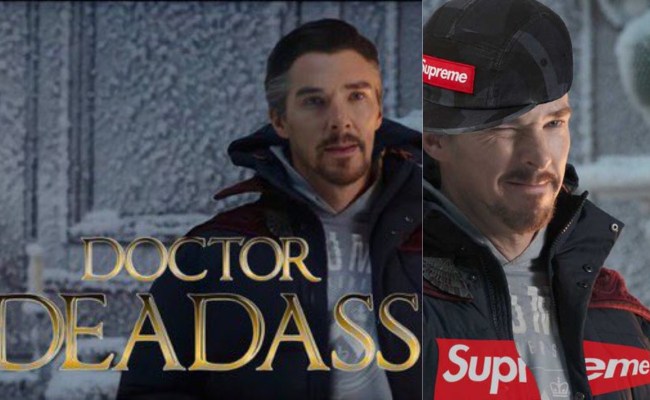 Ever since WandaVision and especially since Loki — different points in the timelines aside, you’d think someone like Doctor Strange would sense when the multiverse has been blown wide open — I’ve been joking on the Post-Credit Podcast that the Sorcerer Supreme is essentially the epitome of “You had one job” ever since putting in an MVP performance against Thanos at the end of the Infinity saga. Because, honestly, where the hell has Strange been?

One of the first things he says to Tony Stark when they meet in Infinity War is that it’s his job to “protect your reality, douchebag”, and yet reality has been nothing but a disaster since. Wanda literally created her own little sitcom world in the New Jersey suburbs, no more than 20-30 miles from Strange’s mystical midtown Manhattan bachelor pad, and yet he didn’t even bother to check-in. That means Strange either wasn’t aware or didn’t care, neither of which are consistent with the character we’ve come to know — the guy who virtually masterminded the plan to beat Thanos and was willing to let a young Peter Parker die if it meant saving the Time Stone.

It appears, though, as Spider-Man: No Way Home will begin to give us the answers I — and likely you — have been waiting for.

Perhaps more than most expected, Strange is heavily featured in the No Way Home trailer, which suggests he’s effectively the film’s co-lead with Spidey. While there were tons of Strange-specific aspects to breakdown (which we did on an emergency Post Cred Pod) — particularly his general nonchalantness when it came to messing with the multiverse — the funniest, by far, was how people picked up on the fact that he was wearing his famed Cloak of Levitation OVER a stereotypical New York City wintertime puffy jacket.

And y’all forgot about Wong with the Canada Goose over the North Face. pic.twitter.com/HQ3a5AJbV0

fit so cold his house filled with snow

The Multiverse is Temporary but The Drip is Forever

No realm can stop his mystic arts of DRIP lmao

NYC memes weren’t the only Doctor Strange jokes to start blowing up, as movie fans were generally clowning on how reckless the Sorcerer Supreme seems to be:

everyone: doctor strange will have to fix wanda and loki’s mess

The more I watch this 'Spider-Man: No Way Home' trailer, the less I trust that this is our Doctor Strange. This might be a stretch, but I'm not ruling it out. pic.twitter.com/ywS4ckqcTw

Doctor Strange after The Multiverse Of Madness pic.twitter.com/WkyXLTFL2C

At this time, the absolutely massive Spider-Man: No Way Home is set to hit theaters on December 17. That said, given the fact that Sony is considering delaying Venom: Let There Be Carnage to January and Marvel Studios reportedly considering delaying Eternals is Shang-Chi and the Legend of the Ten Rings underperforms, I wouldn’t hold my breath, either.

As for, Doctor Strange in the Multiverse of Madness, that’s currently dated for a much-safer March 25, 2022.