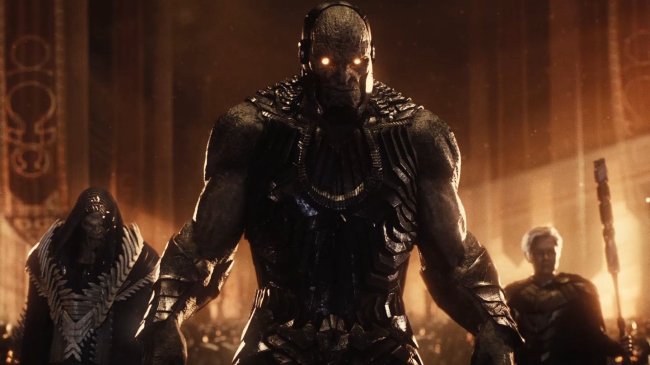 It’s our last *full* week without Zack Snyder’s Justice League… surely you didn’t expect things to go smoothly, did you?

The Snyder Cut, for all of its existence, has been a flaming rollercoaster. Did you really expect that to change now?

On Monday, not only did this new Darkseid-featuring teaser leak, but HBO Max “accidentally” uploaded the film to their platform, as some fans were able to access Zack Snyder’s Justice League by selecting Tom & Jerry from the homepage. Start as you mean to go on, I suppose.

Rampant leaks aside, the Darkseid teaser is one of the most badass yet, as it truly gives fans a proper sense of the threat the Justice League is facing when it comes to the New God.

Perhaps the most frustrating thing about Warner Bros’ failed DCEU experiment — other than the very existence of the original 2017 Justice League — is that fans won’t get to see how the Darkseid story ultimately plays out, as there’s simply no way a villain of that magnitude is dealt with over the course of just one film.

As we now know — courtesy of the original Justice League storyboards, you guessed it, leaking! — the Justice League’s battle for the fate of the universe against Darkseid would’ve carried on for another two films, as director Zack Snyder original wanted Justice League to be a multi-film epic, similar to The Lord of the Rings. Given that the Justice League is comprised of some of the most iconic American fictional characters of all-time, that sort of approach — regardless of how you feel about Snyder and his work — totally makes sense.