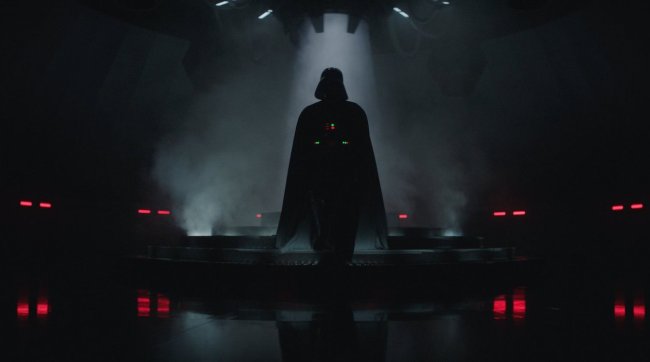 After last appearing as the character in 2005’s Star Wars: Revenge of the Sith, Hayde Christensen has made his return as the legendary Darth Vader in the new Disney+ series Obi-Wan Kenobi.

While Darth Vader’s epic appearance had been teased since the series was first announced a few years ago, the latest episode of the series, Part 3, gave fans the most brutal Vader action they’ve seen since 2016’s Rogue One: A Star Wars Story.

Warning: this article will contain spoilers for Part 3 of Obi-Wan Kenobi

Part 3 of Obi-Wan Kenobi features the beloved Jedi on the run with Leia, attempting to avoid the Empire while safely returning her to Alderaan. With Darth Vader hot on their trail, though, Obi-Wan is forced to part ways with Leia and eventually take on Vader 1-vs-1.

Needless to say, the duel did not go as well for Obi-Wan as the last time the pair crossed Lightsabers in Revenge of the Sith as Vader absolutely mopped the floor with him, eventually dragging Obi-Wan through fire as a means of torture.

Following the bone-chilling return of Darth Vader, one of the most famed villains in the history of entertainment, Star Wars fans took to Twitter to share some jokes about memes about the Sith Lord’s thrilling return.

You just know #ObiWan is gonna whoop some #DarthVader ass in Round 3 pic.twitter.com/VGQMjnniVf

#Kenobi Spoilers!
–
–
–
–
–
–
–
Watching Watching
Anakin and Vader and
Obi-Wan fight Obi-Wan fight
in Revenge of in Episode 3
the Sith of Kenobi#ObiWanKenobi #DarthVader pic.twitter.com/QdZEQdIadm

This is how #DarthVader did #ObiWan in Part 3 💀#ObiWanKenobi pic.twitter.com/Z1InKWawPN

The first three episodes of Obi-Wan Kenobi are currently streaming exclusively on Disney+.