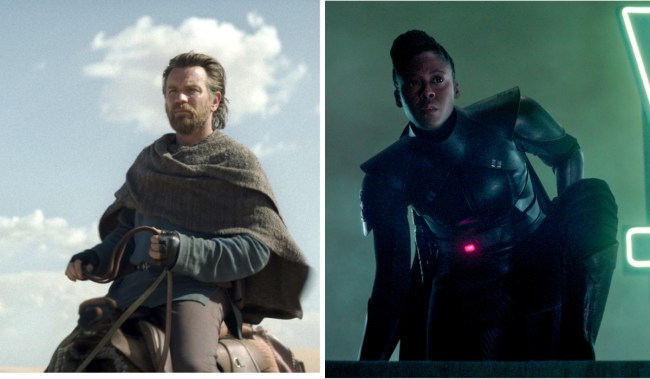 After the official Star Wars Twitter account tweeted out a message to its fan base telling some sections of it to stop sending racist messages to Obi-Wan Kenobi actress Moses Ingram, Obi-Wan himself Ewan McGregor has chimed in, posting a video to Twitter echoing that same message.

“It seems that some of the fanbase from this influential fanbase has decided to attack Moses Ingram online and send her the most horrendous, racist DMs. And I heard some of them this morning and it just broke my heart,” McGregor said in the video statement.

“Moses is a brilliant actor, she’s a brilliant woman, and she’s absolutely amazing in this series. She brings so much to the series, she brings so much to the franchise. And it just sickened me to my stomach to hear that had been happening. I just want to say as the leading actor in the series, as the executive producer on the series, that we stand we Moses, we love Moses, and if you’re sending her bullying messages, you’re no Star Wars fan in my mind.”

Ingram stars in Obi-Wan Kenobi as Reva Sevander, the villainous Third Sister of the Inquisitors.

Prior to her starring role in the Star Wars Universe, Ingram was best known for her work as Jolene in the hit Netflix miniseries The Queen’s Gambit. Ingram also starred in Michael Bay’s Ambulance alongside Jake Gyllenhaal, Yahya Abdul-Mateen II, and Eiza Gonzalez.