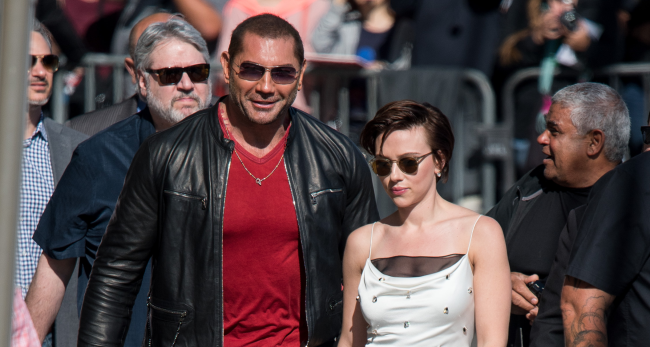 Apparently movie theaters aren’t the only folks who are mad at Disney for their Black Widow release strategy.

It would appear that the movie’s star, Scarlett Johansson, is also a tad upset. Upset enough to file a lawsuit against Disney in Los Angeles Superior Court over the film being released in theaters and on Disney+ Premier Access.

Johansson’s lawsuit claims “Disney intentionally induced Marvel’s breach of the agreement, without justification, in order to prevent Ms. Johansson from realizing the full benefit of her bargain with Marvel.”

That is definitely not the kind of publicity Disney was hoping to get for one of their big tentpole movies of 2021.

Perhaps even worse for Disney was the company’s reaction to Scarlett Johansson’s lawsuit.

“The lawsuit is especially sad and distressing in its callous disregard for the horrific and prolonged global effects of the COVID-19 pandemic,” Disney said in a statement.

Johansson’s agent fired back, accusing Disney of “shamelessly and falsely accus[ing] Ms. Johansson of being insensitive to the global COVID pandemic, in an attempt to make her appear to be someone they and I know she isn’t.”

Someone else has also now been caught in the web of bad publicity surrounding the release of Black Widow and he doesn’t even have anything to do with the movie: Dave Bautista.

Bautista, who has played the character Drax in four Marvel films, and will once again appear as the Destroyer in Thor: Love and Thunder, made a flippant joke about Johansson’s lawsuit on Twitter.

“Told em they should’ve made a #Drax movie but noooooo!” Bautista tweeted in response to a story about her lawsuit.

Told em they should’ve made a #Drax movie but noooooo! 🤷🏻‍♂️ https://t.co/uuvkCU5vAI

Many movie fans apparently didn’t appreciate the humor of his joke.

This tweet ain’t it. Scarlett’s contract was breached period and she’s more than entitled to the damages they’ve caused her. She spent a decade creating one of the most iconic characters, suffered sexism and hyper sexualisation and now this crap. She deserved better.

yeah, because there is a huge lack of male superhero movies. I know its a joke, but it's a bad one, especially now that Disney is trying to portray Scarlet as a bad person when they clearly broke the contract

You may mean this as a joke, but it just comes across as sexist rhetoric. It looks bad.

Or this just flat out isn’t appropriate humor given the situation. He’s making light of a legitimate contract issue and he’s devaluing his castmate’s appropriate grievances.

Here for the MCU stans seething over this obvious joke pic.twitter.com/KqWIZnLlV0