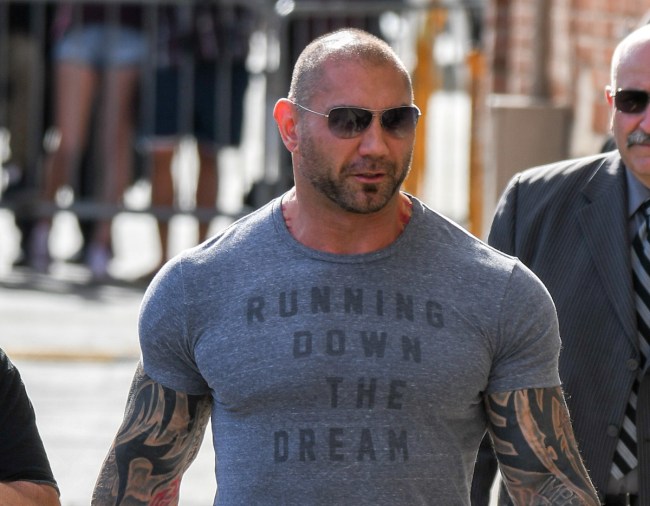 Actor and WWE Hall of Famer Dave Bautista announced on Instagram that there’s a “new lady in his life.”

Nope, he’s not referring to the newly-single Jennifer Lopez but a goddess of a different kind.

The Guardians of the Galaxy star just got brand new ink on his stomach depicted Medusa’s head and it’s a pretty badass tattoo.

The serpent-covered head of the Greek goddess sits just below a depiction of the third eye triangle – or Eye of Providence – representing an all-seeing god.

The former WWE champion is preparing for his induction into the Hall of Fame this year.

Bautista was named as one of the 2020 WWE Hall of Fame inductees but the ceremony was posted due to Covid.

Last year’s inductees will be officially be honored with the 2021 inductees which include just Molly Holly thus far.