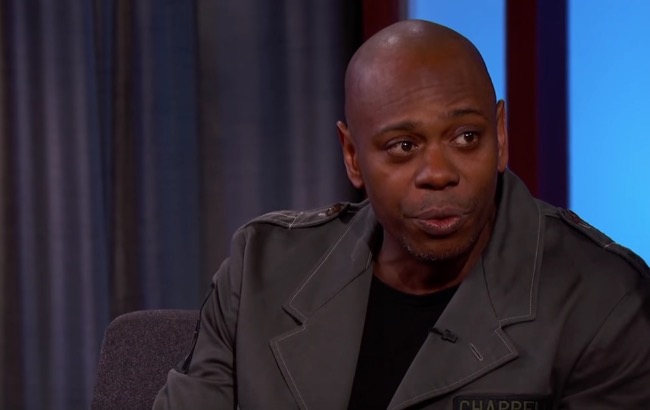 Dave Chappelle didn’t forget his roots. He went back to his alma mater in Washington D.C. to not only receive the key to the city, but to also deliver words of wisdom to the students of his former school. An incredible added bonus, Chappelle hand-delivered his Emmy to his former school. That’s right, Chappelle gave his most recent Emmy to the Duke Ellington School of the Arts. The comedian just won the Best Guest Actor in a Comedy Series Emmy this year for his appearance on “Saturday Night Live” and he graciously donated it to his alma mater. You may remember that when Chappelle won the Emmy he gave a shoutout to D.C. public schools.

Chappelle was awarded The Key to the City on Friday by Washington D.C. Mayor Muriel Bowser at the Duke Ellington School of the Arts, where he graduated in 1991. “Some very special native Washingtonians have dedicated their lives to making Washington, D.C. better, and they’ve gone above and beyond to show others what makes the nation’s capital the best city in the world,” Mayor Bowser said during the ceremony. “Dave Chappelle reminds us what it means to live a life filled with purpose, meaning, and laughter.”

During the ceremony, Chappelle tried to give some knowledge to the students.

“It’s the pinnacle of my former education. I didn’t go to school beyond high school and as I told the children…I was very well prepared when I got here. That which I did not know, I was prepared enough to be able to figure it out and I’m very grateful for the opportunity to get to go to a school that’s like this.”