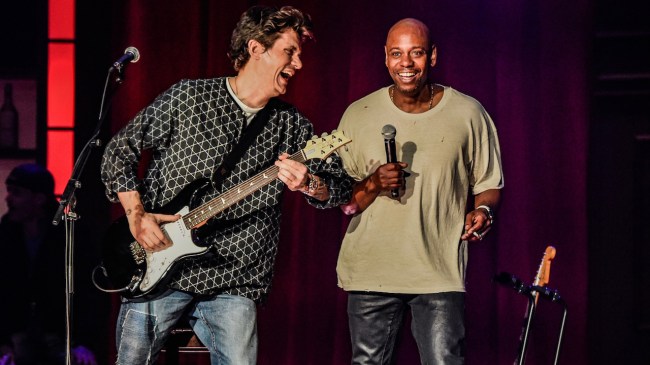 Want to know how to immediately judge a person’s character before you waste your precious time developing a friendship/relationship with them? Ask them about their thoughts on one David Khari Webber Chappelle.

In my 20-some-odd years of living, I have — literally — never come across a single conscience human being who has had anything bad to say about the iconic Chappelle’s Show comedian.

Widely regarded as one of the greatest comedic minds currently walking the Earth, Dave Chappelle holds a special place in the hearts of essentially everyone born after the year 1985.

A scathing societal observer and ingenious race relations prognosticator, Chappelle’s intoxicatingly unique brand of comedy seems to hit home with almost anyone who has the pleasure of coming across it.

However, despite his almost deified talent, Chappelle’s career hasn’t always been entirely smooth sailing, as he disappeared out of the limelight for about a decade following the conclusion of his legendary Comedy Central hit, Chappelle’s Show.

But in the past five or six years, piece by piece, Chappelle has been putting together a comeback story for the ages.

Whether it be his record-breaking deal with Netflix, his now-celebrated post-election hosting of Saturday Night Live, or appearances is award-winning films such as A Star Is Born, Chappelle has forced his way back into Hollywood to the point where it feels like he never left.

Now, that storybook comeback seems to have taken another giant step forward, as the famed comic announced that he would be making his Broadway debut this summer with Dave Chappelle Live on Broadway.

From July 9 to July 13, Chappelle will be performing at New York City’s Lunt-Fontanne Theatre in a show produced by Live Nation, The Araca Group and Entertainment Benefits Group.

Given that Dave Chappelle Live on Broadway will only be a limited engagement, the tickets (that go on sale on TicketMaster on Friday, June 21, at 10 a.m. EST) will likely be hard to come by.

But if you’ve ever been lucky enough to see Chappelle live, then you also know whatever the price tag for a seat may be, it’ll certainly be worth it.