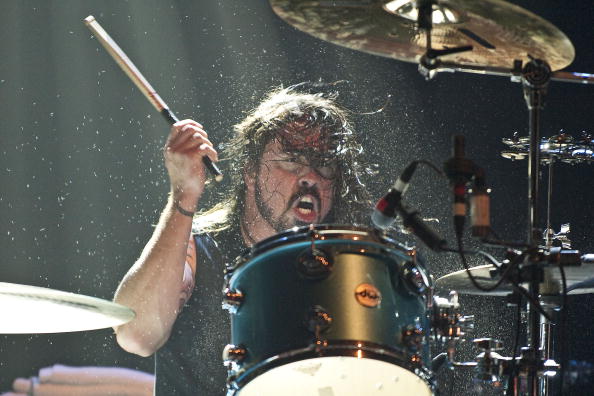 Dave Grohl has played in Nirvana and the Foo Fighters, two pretty decent bands. But Grohl actually has one band who would be his dream band to play in. The Foo Fighters’ frontman also divulged which Hollywood actor would be perfect to play him. No, it isn’t Jesus or George Harrison.

Grohl told Forbes that AC/DC would be his dream band to play drums for and that is a more than solid choice. “AC/DC, that’s my last one, that’s it,” Grohl said.

However, Grohl made it known that he wasn’t about to set off drama with the band’s on-and-off-again drummer Phil Rudd. “But Phil Rudd is back though,” Grohl said. AC/DC lost Rudd in 2014 after Rudd was arrested for “attempting to procure a murder and threatening to kill,” along with possession of cannabis and methamphetamine. Quote the polar opposite from Good Guy Dave Grohl. But Rudd has bounced back and has been spotted with former AC/DC singer Brian Johnson in Vancouver.

“If you dive back into their back catalog, that early shit, there was a little bit more dynamic, then they settled into the groove,” Grohl said. “That’s the thing, and it’s because of Phil Rudd. It’s AC/DC, but that guy holds the key.”

In late October, Grohl said that he is “ready to take a break.” Whether that means from music or the Foo Fighters was not specified. The great American rock band just wrapped up their “Concrete & Gold” world tour. But the Foo frontman admitted that he is “ready to do it again at some point.”

“When we start making records, it’s almost like I don’t hear the song as much as I can see them in my head,” Grohl said explained. “I don’t read music, I see music in kind of shapes and patterns. So I can see the next record, I know that there is another one there, I don’t know when but I think I know what we should do.”