Well, Well, Well… Guess Who Shows Up First When You Google “Bad Writers” 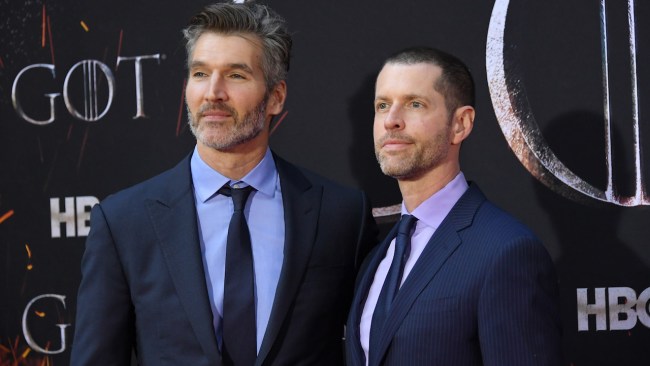 You know what they say: hell hath no fury like butthurt fan boys.

While I wasn’t necessarily the biggest fan of the final six episodes of Game of Thrones (a sentiment I’m sure most of you share), I also didn’t think it was the earth-shattering event that some corners of the internet made it out to be.

Was the pacing far too hurried? Of course. Was Daenerys’ broken psyche not fully fleshed out enough to warrant her sudden Mad Queen turn? Indeed. But did Game of Thrones‘ final six or so hours really tarnish this entire legacy of the show itself? In my semi-professional opinion, absolutely not.

However, there are some out there who were so befuddled and frustrated by the David Benioff and D.B. Weiss constructed conclusion that they harbor ill will to this day, almost two months after the series went off the air.

And those feeling scorned by the Double D’s have taken to the fight to the mud of the internet to exact revenge on the Game of Thrones showrunners.

In the subreddit r/freefolk, butthurt Game of Thrones fans have mobilized in upvoting a post so much that it becomes the first thing you see when you Google the term “bad writers”. While not quite Cersei Lannister-esque levels of cold and calculated retribution, it just goes to show that Game of Thrones fans don’t plan on letting Benioff and Weiss live this one down anytime soon.

“Bad writers. Upvote this post so its the first result when you google ‘Bad writers.’”

The plan has seemed to have worked to a tee, as now the entire first page of Google results for “bad writers” includes a mention of Benioff and Weiss.

Luckily for Benioff and Weiss, they’re now headed over to the Star Wars universe, which is known for having totally reasonable and level-headed fans. Totally and completely reasonable.