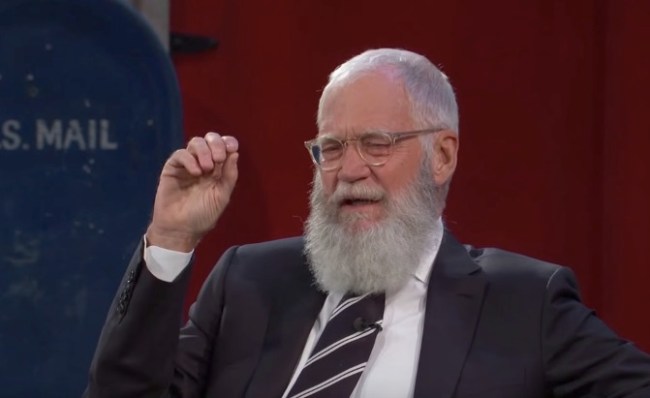 If you haven’t heard, David Letterman’s coming back to TV! Well, kind of. He’s going to be on Netflix with a new 6-episode series that is set to debut sometime next year. The format of the new series will be long-form, in-depth interviews with ‘interesting’ individuals.

David Letterman was a guest on Jimmy Kimmel Live last night while Jimmy is hosting his show from Brooklyn this week. As a guest, David shared a few details (albeit vague ones) about what his new series on Netflix will look like. Letterman also went on to discuss what it is he misses the most about late-night television after stepping down in 2015.

David Letterman dominated late-night TV from 1982 to 2015. He was one of the funniest men to ever grace the airwaves. Here he discusses what he misses the most about late-night TV after stepping down in 2015:

Stephen Colbert has done a fantastic job of stepping in for David Letterman. It’s a shame that we can’t have both gentlemen on late-night TV at the same time, but it’s great to know that Letterman will be conducting interviews again next year on Netflix.

For more details about David Letterman’s new Netflix series, you can check out the NYT announcement.