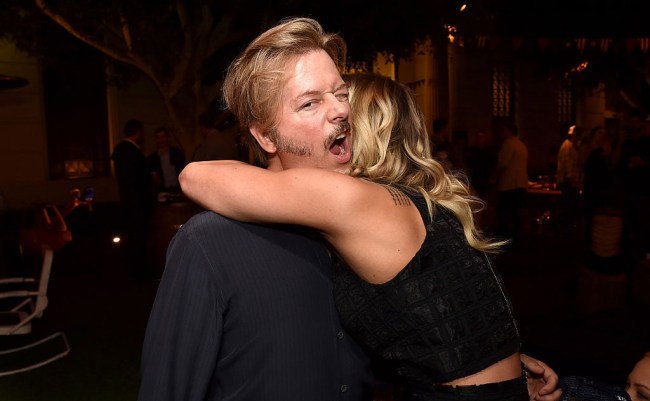 I think it is well known that we are all fed up with the current situation we find ourselves in and could not be any more excited to get things back to normal. Having said that, nobody looks more fed up with everything going on than David Spade who has been pumping out his monologues from his basement for his late-night show ‘Lights Out With David Spade.’

It appeared to me in his last video that Spade wasn’t ‘lights out’ but instead ‘lights off’. He even made a Mickey Mouse and Goofy joke in the early portion of the monologue and finished it by saing “I’m getting fucking goofy”. Yeah, I don’t know.

I go on a bit of a rant here but its just Q-tine fever. Also my hair needs a little W-D 40.

It’s pretty clear that Spade wanted nothing to do with this monologue. After checking his time clock a couple times to see how much more longer he has to push through, he looks at the clock and says “save me, save me, we are almost done.”

You have to appreciate this side of Spade, the guy speaks his mind and will make it very clear if he has no interest in something. He just rolled on down to his basement with a Star Wars shirt that looks like it hasn’t been washed in a week, and just started rattling off jokes. This time of social distancing is a time where we all have a mutual agreement that it is not the worst thing to maybe get a little banged up at 4:00 PM on a Wednesday afternoon. I hope this is all over sooner than later, not just for me, but for Spade too. Keep fighting the good fight, sir.

PS: If you thought Spade was out if it yesterday, get a look at me starting my own cooking show at 11:00 PM.