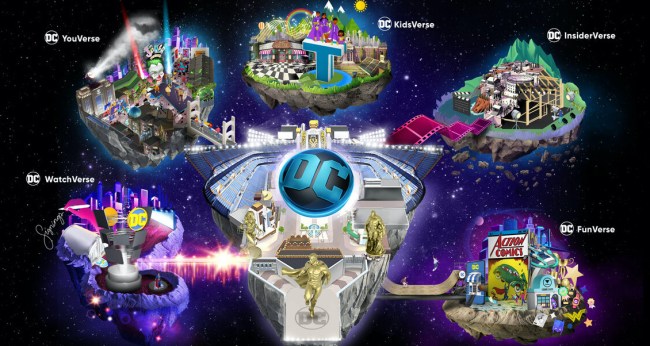 Given that massive pop culture conventions with thousands of people piled on top of each other will probably be one of the last aspects of society to return, the companies that usually invest so much of their energy into these gatherings, most notably San Diego Comic-Con, must now find other ways to engage with their fans.

Warner Bros. and DC Comics, for example, are launching what’s called DC FanDome, which is essentially going to operate as an online comic-con. The DC FanDom will launch on August 22 and will be accessible for 24 hours.

The epicenter of the DC FanDome is the Hall of Heroes, where you can experience special programming, panels and content reveals from a wide variety of films, TV series and games, available in several languages, including Brazilian Portuguese, Chinese, English, French, German, Italian, Japanese, Korean and Spanish. From there, navigate deeper into the DC Multiverse, exploring five additional satellite worlds, each with its own localized content and unique activities and one world fully devoted to our younger fans. [via DC FanDome]

Perhaps most interestingly, the event will be highlights films from the studio’s upcoming DCEU slate, such as Wonder Woman 1984, The Snyder Cut, The Batman, The Suicide Squad and Black Adam, so it’s certainly possible that the event is used to debut some sort of trailer.

Below you can find a list of confirmed films and TV shows that will be participating in DC FanDome: