Report Goes Viral That Dead and Company Will Stop Touring; Bob Weir Tweets ‘News To Me…’ 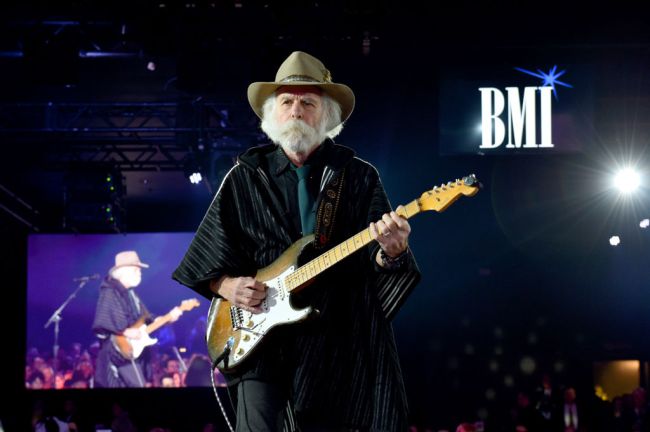 Friday, April 8, 2022, is going to be remembered as an eventful day for Grateful Dead fans.

Tickets for Dead & Company’s 2022 summer tour went on sale to the general public at 10 a.m. local time for all shows. The upcoming summer tour brings Shakedown Street to gigantic venues across the United States, including an opening show at Dodger Stadium on June 11th. The tour concludes at Citi Field on July 16.

April 8 also marks the 40th anniversary of a show in Wembley, England on the iconic Europe ’72 Tour. Additionally, Skull & Roses, a Grateful Dead tribute band fest kicks off in Ventura, California. The line-up features a proverbial who’s who of Dead-related acts: Phil Lesh & Friend, Oteil & Friends, Dark Star Orchestra; all slated to take the stage for the three-day festival.

BREAKING: Dead and Company will stop touring after 2022.https://t.co/swQT65q3yK

This is what the original headline looked like before the Twitter card was updated with a new headline, framing it as a question.

The Long, Strange Trip Is Over: Dead and Company Will Stop Touring After 2022 https://t.co/9VMR7QXBaL pic.twitter.com/Hgcd25ezom

This news was a pretty big bummer to Deadheads. The report quickly went viral as hot lot gossip, with ‘heads writing gratitude tributes about how much they’ve enjoyed the long, strange Dead and Company trip that started in 2015. There were lots of preemptive “The Music Never Stops” comments pinging around the social media.

While it might not be much of a surprise to see the band hang it up, it certainly has been a notable chapter in the Grateful Dead’s storied 55+ year history.

Bob Weir says “News to me…”

But no one was more confused than Dead & Company guitarist Bob Weir, who tweeted that all this hullabaloo was news to him.

So what, exactly, were the sources? Dead and Company band members had some fun with the moment. Bill Kreutzmann and Otiel, for example:

And wisecrackers peppered the moment with some good-natured snark.

Dead and Co is so slow this could be an April fools joke https://t.co/WGs62Nzt03

"Hello, Rolling Stone? The magazine, right? Yeah this is, uh, an anonymous source close to Dead and Company. Yeah. I've got a scoop for you" pic.twitter.com/FF8Y7MHgVo

All things considered, what a rollercoaster ride of a day for Deadheads.

I guess we’ll see what the future has in store. Perhaps, someday, we’ll even find out what went down for Rolling Stone to feel confident enough in running such a story, then walk it back.

Like all things in Grateful Dead lore, I’m sure it will be a hoot.