#Grateful Dead
BroBible may earn a commission if you buy a product or service via links in this article.
by Brandon WenerdOctober 11, 2021
Facebook Twitter Reddit Flipboard 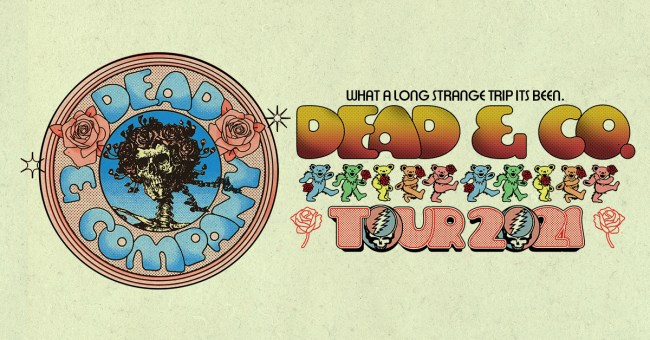 After a summer tour full of shreddin’, Dead and Co Tour kicks off its second leg tonight at PNC Music Pavilion in Charlotte.  With Bobby, Johnny, Billy, Otiel and the rest of the gang all rested up, these guys are primed to rip their way across the country for the next two months.

If you can’t make it to a show, you can watch a Dead and Co stream for every single show of the tour via Nugs.net. Each show is being streamed in regular HD or stunning 4K so you can grab some friends and couch tour at home – or wherever you wanna shake it on shakedown street.

Now that the tour is over for a couple weeks, you can watch replays via Nugs.net.

How to watch Dead and Company live

If you’re looking to live stream Dead and Co, the only place to catch the shows online is via Nugs.net, where the music never stops. You can buy the show you want to stream individually or you can buy a show and opt-in for your first month of a Nugs.net subscription, giving you access to thousands of live concerts – including Widespread Panic, Billy Strings, Pearl Jam, Bruce Springsteen, and more.

Here are the prices for the Dead and Company streams:

Setting up an account via Nugs.net is easy – takes about two minutes and you’re good to watch.

Have fun out there and boogie hard. It’s gonna be an fall summer! 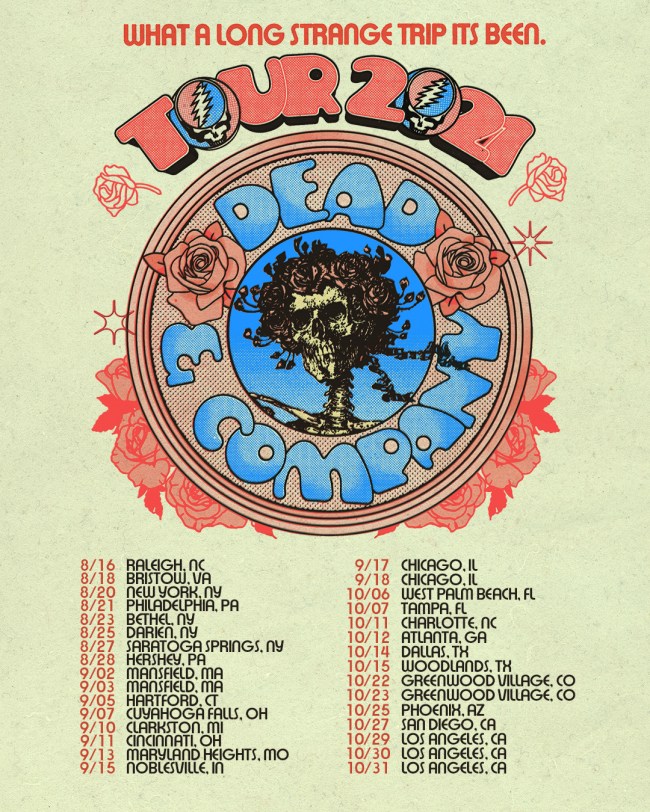