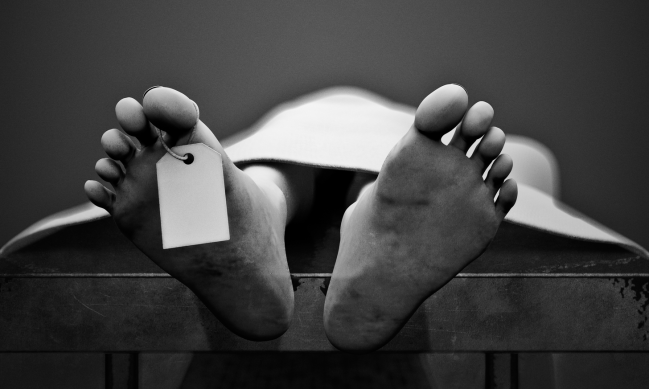 There have been a lot of egregious mistakes made over the years by medical professionals, but one would assume that anyone trained in medicine would know the difference between someone being alive and someone being dead.

You know what they say about people who assume, right?

One man in India is a perfect example of what can happen when assumptions go very, very wrong.

45-year-old Srikesh Kumar recently sustained some significant injuries after being hit by a motorcycle in Moradabad, east of the capital New Delhi.

He was immediately rushed to a private medical facility in critical condition.

Unfortunately, it appeared that they were too late as he was declared dead on arrival by a doctor.

“The emergency medical officer examined him. He did not find any signs of life and hence declared him dead,” Rajendra Kumar, the hospital’s medical superintendent, told AFP.

Kumar’s body was then taken to a government hospital and placed inside one of the morgue’s freezers.

Postmortem analysis was scheduled to be carried out the next day. That’s when things got weird.

“When a police team and his family came over to initiate the paperwork for the autopsy, he was found alive,” said superintendent Kumar.

“This is nothing short of a miracle,” he added.

It was Kumar’s sister-in-law Madhu Bala that noticed he was still moving after spending 6 to 7 hours inside the freezer, The India Times reports.

“He’s not at all dead. How did this happen? Look, he wants to say something, he is breathing,” Bala said.

“The emergency medical officer had seen the patient at 3 a.m and there was no heartbeat. He had examined the man multiple times,” said Singh.

“Thereafter, he was declared dead but, in the morning, a police team and his family found him alive. A probe has been ordered. Our priority is now to save his life.”

Kumar’s sister-in-law Bala told local media, “We will lodge a complaint against the doctors for negligence as they almost killed Srikesh by putting him in a freezer.”

She also reported that he is now undergoing treatment at a health center in Meerut where, though he has “yet to regain consciousness” his condition has improved.

Anything other than being dead, in his case, would definitely qualify as an improvement.