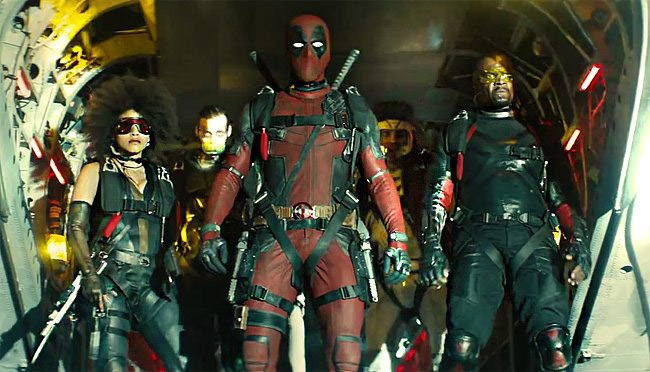 In its continuous effort to be the most well-marketed movie franchise ever, the gang over at Deadpool 2 just dropped five funny new motion posters on social media.

The only face powerful enough to leave the Merc with a Mouth speechless. pic.twitter.com/IJCbMOsbn4

Lucky for you, you're not her current target. pic.twitter.com/IvuOfp7KZX

If you had a name this cool, you'd have an attitude too. pic.twitter.com/1ImdYEpuSH

She can smell your BS a mile away. Say hello to Blind Al. pic.twitter.com/Sxkku0jqNG

Meanwhile, despite Deadpool 2 reportedly scoring a 98 rating in test screenings (vs. the 91 rating the first film received) it still isn’t tracking as well at the box office as the original movie.

Per Box Office Pro, the long-range tracking for Deadpool 2 suggests it will earn an even $100 million in its first three days. In comparison, the first film grossed a then record-breaking $132 million in its debut ($152.1 million for the 4-day Presidents Day holiday). Based on the estimates, Deadpool 2 could end its domestic run with a total of $242 million, a figure that’s considerably less than the $363 million Deadpool pulled in.

While the box office difference, should those numbers hold, is rather significant, keep in mind that the first movie cost just $58 million, and Deadpool 2 will more than likely only cost a few million more than the original. So yeah, I think Wade, Domino and the gang are going to still be okay.

There’s a Deadpool in every family, and if you can’t figure out who it is then it’s probably you.