Death Row Records Has Been Bought By Hasbro, Yes THAT Hasbro, The One That Makes My Little Pony And Mr. Potato Head 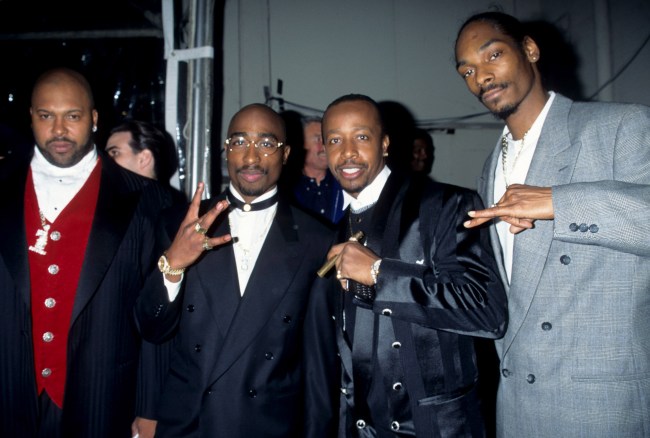 Suge Knight’s Death Row Records was one of the most powerful hip-hop labels in the rap game with a stable of some of the greatest rappers of all-time including Tupac, Snoop Dogg and Dr. Dre. Death Row Records is now owned by Hasbro. Yeah that Hasbro, the toymaker that brought the world Monopoly, Furbies and My Little Pony.

Death Row Records was founded in 1991 by Suge Knight, after allegedly shaking down Vanilla Ice and demanding royalties for the song Ice Ice Baby or Suge would throw Robert Van Winkle off the 15th balcony at the Bel Age Hotel. Now the iconic Death Row label is owned by the toy company that makes Mr. Potato Head and Play-Doh. Those Snoop Dogg action figures are gonna be dope.

Death Row Records went bankrupt in 2006 and was auctioned off to entertainment development company WIDEawake for $18 million in January of 2009. In 2013, Canadian multimedia entertainment company Entertainment One AKA eOne purchased the entire Death Row catalog for $280 million.

Hasbro purchased Entertainment One, not for control of Dr. Dre’s The Chronic, but rather to acquire brands like Peppa Pig and PJ Masks. But getting Tupac Shakur’s music is an added bonus.

“Hasbro will leverage eOne’s immersive entertainment capabilities to bring our portfolio of brands that have appeal to gamers, fans and families to all screens globally and realize full franchise economics across our blueprint strategy for shareholders,” said Hasbro’s Chairman and CEO Brian Goldner. “We are excited to welcome eOne’s talented employees from around the world into the Hasbro family.”

“The acquisition of eOne adds beloved story-led global family brands that deliver strong operating returns to Hasbro’s portfolio and provides a pipeline of new brand creation driven by family-oriented storytelling,” Goldner said. He must be referring to 2Pac’s All Eyez On Me.

There’s going to be an Operation game with Tupac where you remove bullets and a Clue board game where you try to find Tupac’s killer.