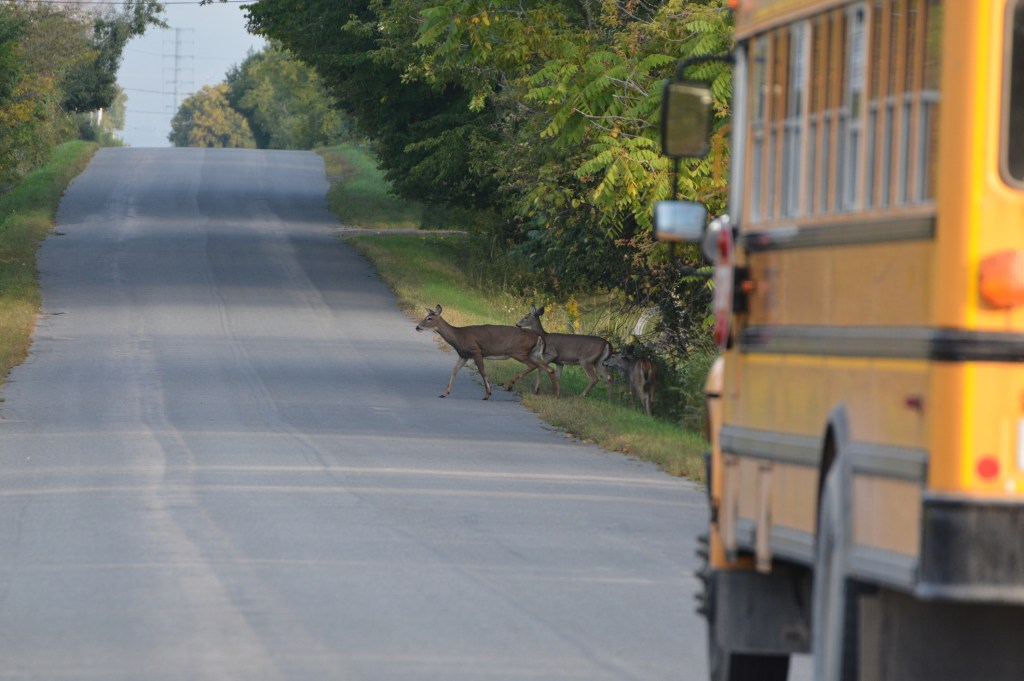 FACT: there is no such thing as a smart deer. They simply do not exist. Some deer are more finicky than others and panic easily which we might interpret as the deer being smart enough to know when to run but that’s not the case at all. ‘Deer‘ and ‘smart’ pretty much never deserve to be in the same sentence unless you’re talking about how there isn’t a single smart deer on this entire damn planet. If you need any more convincing, here’s a herd of deer running full speed into a house.

This all went down around 6am on Route 13 in Powhatan, Virginia which is a very wooded area about 30 minutes due West from Richmond. It’s an area full of forests and littered with big dumb deer who do big stupid dumb deer things like this.

You can hear one of the (probably cool kids) in the back of the bus asking the kid in the front seat “did it land on you?” to which he replied, “Yes, I was trying to sleep.” Man, I cannot put words to how much I don’t miss trying to sleep on a school bus with those awful seats and rigid bus frame that makes every tiny bump in the road feel like a speed bump or pothole.

I’m not sure I’ve ever seen anything like this and the most surprising aspect of the video isn’t the fact that the deer jumped through the windshield. Deer are idiots and I expect nothing less from them. But I never expected the deer to find its way back outside.

Also, big shout out to that bus driver for remaining incredibly calm. If that driver panicked then every kid on the bus was going to freak out. They stayed calm and the situation went about as smoothly as it could’ve conceivably gone. I’m not so sure I would’ve reacted the same if I was behind the wheel.