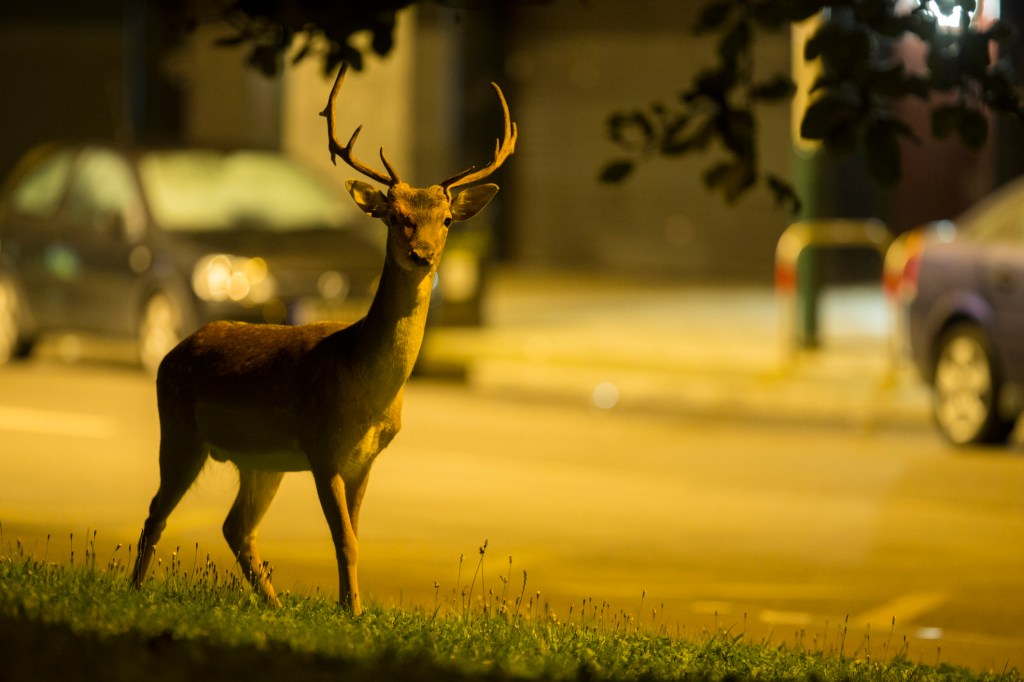 I honestly have no idea what caused these deer to run full speed into this house. I initially had a headline that mentioned them deer possibly being ‘blinded by the sun’ because that explanation is the only one that’s made sense in my head. Another possible explanation would be this guy painted a cartoon tunnel over the garage to trick the deer like Bugs Bunny pranking the other ‘toons.

The most likely explanation here is the deer were spooked by the traffic in the background and then disoriented by the sun. But when I first watched the clip I fully expected to see a coyote/wolf/bear running after them.

That first deer hits the house so damn fast I have to assume it woke up everyone in the neighborhood and if the homeowner was inside they must’ve thought a car crashed into the house. The other deer seem to spot the mistake but all of them bust it and fall over each other like a bunch of bumbling buffoons. It’s really a spectacular event caught on camera.

This feels like a great video to bookmark for when the next solar eclipse hits the United States (April 8, 2024) as a great example of why you should never stare at the sun. It’s also proof of how most deer aren’t right in the head. They get spooked and they stand there like idiots or they take off and sprint like total idiots. And in both instances, they often cause serious damage.

The phrase “there’s no such thing as a smart deer” seems perfect here but it’s also true in every instance. It’s a miracle that there are so many deer in America with how stupid and quick to run into traffic they are. I’ve almost clipped countless deer late at night up in The Adirondacks.