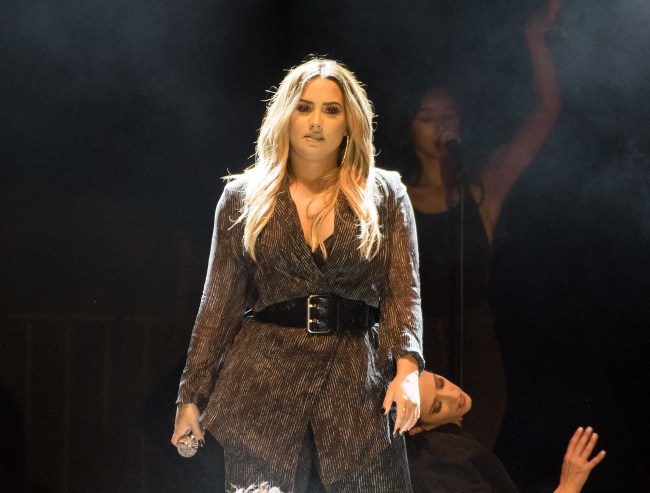 This afternoon we learned that Atlanta based rapper 21 Savage was detained by ICE agents at the Super Bowl because apparently he was a British national and his visa had expired.

U.S. Immigration and Customs Enforcement arrested rapper 21 Savage early Sunday morning, claiming that he is actually from the United Kingdom and overstayed his visa, The Atlanta Journal-Constitution has learned.

Abraham-Joseph, 26, has claimed to be from Atlanta and has long been considered a local act. Just last fall, he gave free school supplies to more than 2,500 DeKalb County school students.

Cox, however, said Abraham-Joseph is an “unlawfully present United Kingdom national” who came to the U.S. on a visa in July 2005. His visa expired a year later, Cox said.

How 21 Savage writes his verses pic.twitter.com/Zbdnje6m3A

What 21 Savage means when he says he got shooters pic.twitter.com/8xxmlIy3AI

Pop star Demi Lovato randomly tweeted out about how she was enjoying the memes.

Lovato’s tweet pissed 21 Savage fans for whatever reason and they began calling her a “junkie” in reference to her well documented drug addiction problems.

What did the junkie….. I mean Demi lovato tweet ?

We on yo head dope smoking ass hoe @demilovato. Fuck make you think you gone disrespect this Zone 6 shit

Lovato fired back at the trolls but then eventually went on to delete her twitter account due to the harassment from Savage fans.

Demi Lovato deleted her tweets and her account after sending this out? Shame pic.twitter.com/tHr4np9qeC