Denny Blackwell Wants You To Be Humane 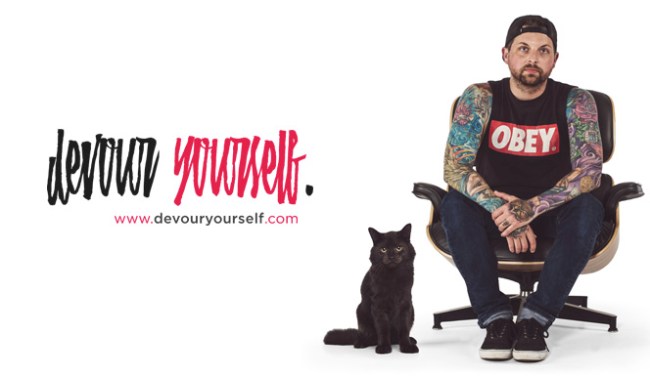 This is the story of Denny Wayne Blackwell. Sure, he would be much cooler if he went by “Denny Wayne” – like blues rocker Kenny Wayne Shepherd. But he goes by “Denny” and Denny alone, and that will suffice.

He is a good man with diverse interests: Tending to his step daughter who he adores, shredding a mean guitar, lunching weekly with his loser brother Andrew, crowdfunding money for a homeless guy named Reed, having countless tattoos covering more than half his body, loving his freshly minted wife, an expectant father and consuming great volumes of Ketel One. You know, that old chestnut.

To pay his bills, Denny is a graphic designer who, when sober, creates stellar content for brands like Fireball Whisky, GoDaddy, Missouri wines and more. Yet he feeds his passions – and helps to pad his wallet a tad – using his artistic skills as lead guitarist of the very good rock band Monster Eats Manhattan as well as designing face melting tees for the likes of Green Day, AC/DC, Lil’ Wayne, Harley Davidson, Lynyrd Skynyrd, Led Zeppelin and the list goes on. 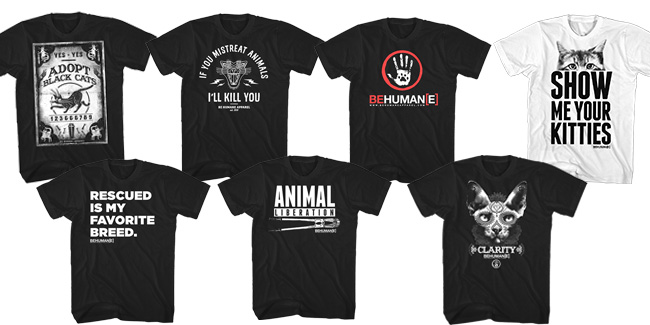 An owner of four cats, one might guess Denny is an ardent animal lover who is deeply concerned about animal rights and welfare. Hence, perhaps most passionately, he leverages his talents through his Be Human(e) Apparel brand to raise awareness with a fashion-forward sensibility.

“I started it because I accidentally adopted a cat and it made me start thinking about the importance of their welfare,” he said while sipping a bottle of Ketel One through a Crazy Straw. “There are so many stray cats and dogs in shelters living in not the greatest conditions. I mean, wouldn’t every animal like to have a loving home?” 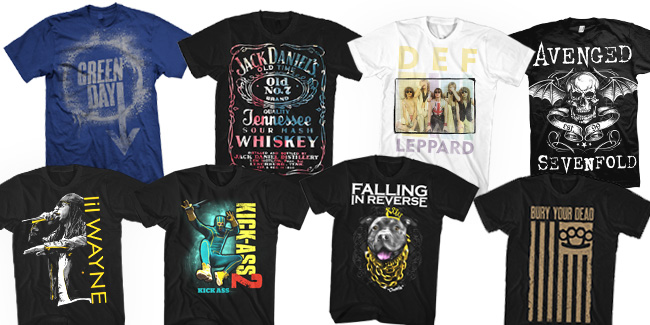 With a broad network developed through his partnerships developing tees for top bands, he has been able to spread his animal welfare gospel worldwide, donating 10 percent of all sales to no-kill animal shelters

“I simply want to create awareness about these animals,” he said, still sipping from the Ketel One bottle. “It pains me to think of the testing that is done on some animals and animal cruelty really troubles me. If I accomplish anything, I just hope I can get people thinking about these issues while at the same time – looking fucking awesome in my shirts because every other dog and cat shirt sucks. Just kidding. Kind of.”

Denny Blackwell is a good man. He wants you to be humane. Carry on.