Denzel Washington And Julia Roberts, Arguably The Biggest Stars Of Their Generation, Teaming Up For A Netflix Thriller 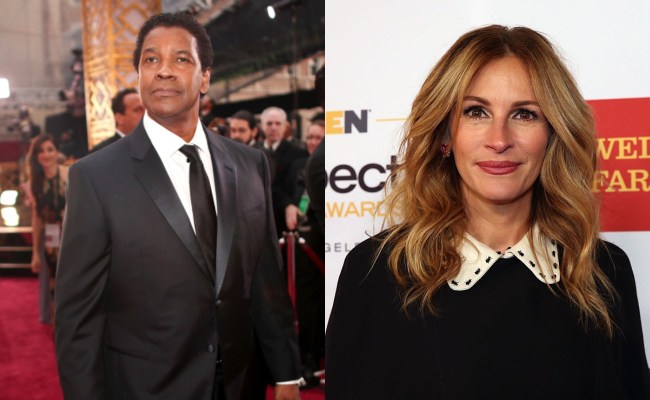 You know what the world needs more of? More Julia Roberts. First and foremost: she’s Julia Robert, arguably the most popular actress of her generation. Secondly, she can still act her absolute ass off — last time I saw her was in Amazon Prime’s Homecoming and she absolutely crushed it. If you’re looking for something to watch, I’d give Homecoming — best described as a psychological thriller — a shot.

But what’s better than Julia Roberts just acting circles around the rest of humanity, you ask? Simple! Julia Roberts doing her Julia Roberts thing while sharing scenes with Denzel Washington, who, similar to Roberts, is arguably the bigger star of his generation. When it comes to dream movie tandems, a Roberts-Washington duo ranks right up near the top, and that’s exactly what we’ll be getting when Leave This World Behind hits Netflix.

The streaming giant has landed Leave the World Behind, an upcoming novel by Rumaan Alam, with Sam Esmail, the creator of Mr. Robot and Homecoming, set to write the adaptation and direct it. Roberts and Washington are attached to star.

The novel will be published this fall by HarperCollins imprint Ecco. It follows a husband and wife as they head out to a remote corner of Long Island expecting a vacation with their teenage son and daughter. When the owners of the rental return in a panic one night after they say a sudden blackout has swept through the city, the couple aren’t sure what to believe. With the TV and internet down and no cell service, the two families are forced into a tense living situation. Themes dealing with race, class, and parenthood are tackled.

Esmail had a strong relationship with Roberts after working together on Homecoming. And Roberts, once piqued, sent the book to Washington. [via The Hollywood Reporter]

At this time, while it is unclear when Leave This World Behind will begin production, the fact that it’s a smaller-scale, intimate movie means it can probably begin filming before the end of the year.