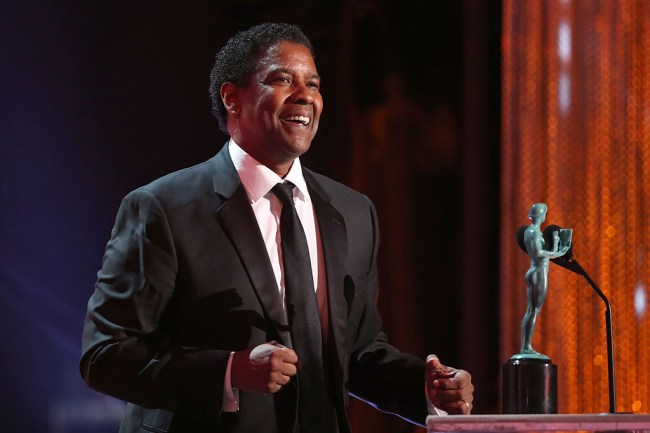 OOOOOOOH BABY. FIRE EMOJI. FIRE EMOJI. FIRE EMOJI. We’ve got arguably the greatest living actor, Denzel Washington, hopping into one of the most famous roles of all-time, Macbeth, in a movie directed by one of the most successful directors of the last 30 years, Joel Cohen. Not only that, but Washington’s co-star is Academy Award winner and general life boss Frances McDormand, who also just so happens to be one of the best actors on the planet. GAS ME ALL THE WAY TF UP FAM. That’s a movie-lovers wet dream right there.

Oddly enough, the film — which is titled The Tragedy of Macbeth — will mark the first time one of the Coen brothers will work on without the other. If you aren’t familiar with the Coen Brothers, A) shame on you and B) allow me to familiarize you, as the pair has directed modern classics such as Fargo, The Big Lebowski, No Country For Old Men, and True Grit.

According to Coen, the film — which will be a thriller set in the 1960s — has a “ticking clock” element to it:

“Yes, [it can be considered a thriller],” Coen added. “I think that is something that I’ve always sort of felt when watching the play and also something that became more clear and more interesting to me as I was getting into it and doing the adaptation. It’s interesting how Shakespeare sort of pre-figured certain tropes in American thriller and crime literature that were common in the early part of the 20th century.”

Coen said he’d be taking the “ticking-clock” nature of his adaptation and infusing it into the music of the film. [via IndieWire]

While The Tragedy of Macbeth has yet to be given an official release date by A24 (who has as high of a batting average as you could ask for when it comes to movie studios), you can bet your ass I’ll be checking this one out when (or, really, if) it hits heater.