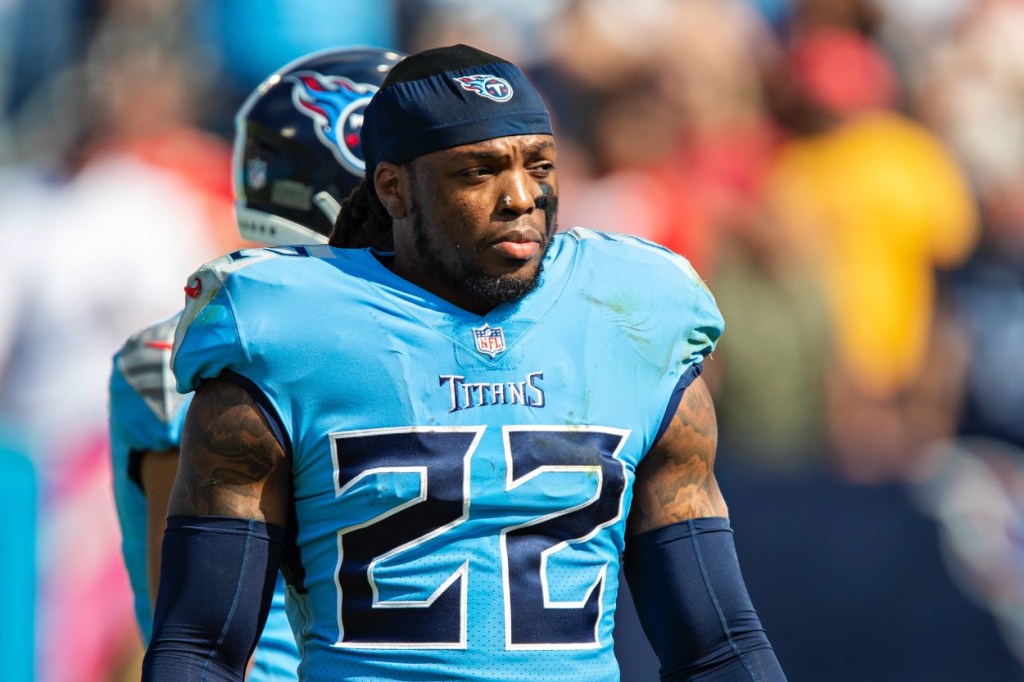 Derrick Henry only played 8 games in the 2021 season but he still ranks 6th in the NFL for most rushing yards. It’s truly an incredible accomplishment for appearing in less than half of the regular season. He’s also tied for 6th for Most Rushing TDs this season despite last playing in Week 8. He’s one of, if not THE, best players in the NFL when he’s healthy. By the way, he’s back at practice so he could eclipse 1,000 yards this season…

King Henry just celebrated his 28th birthday on January 4th and as a tribute to his incredible football career (so far) he got a new 100-carat diamond necklace. Derrick Henry hired Ali The Celebrity Jeweler (@theicechamp) to make his new necklace.

For real, if you stare at this thing too long you might go blind. It’s like staring into an eclipse. The shine off of these diamonds is incredible. The necklace has unique elements paying tribute to his high school, college, and NFL time.

A post shared by Ali The Celebrity Jeweler (@theicechamp)

The big ‘Y’ pays tribute to Derrick Henry’s high school career in Yulee, Florida which is just inland from Amelia Island and just south of the Florida-Georgia border. According to TMZ Sports, there’s a ’12K Bead’ in there that signifies the 12,124 rushing hards he had in high school.

There’s also a 2K bead for the 2,000-yard rushing season he had in 2020 with the Tennessee Titans, and he was on pace to do it again this season.

The Tennessee Titans did activate Derrick Henry from the IR this week and he’s back at practice. The Titans currently have the #1 seed in the AFC. It’s unclear if Henry will play this Sunday against the Texans to get back up to game speed or if the Titans will keep him fresh until the playoffs but that’ll be interesting to watch.