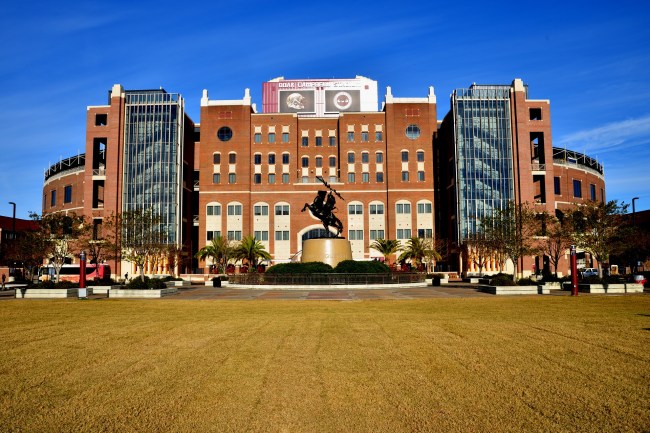 Florida Governor Ron DeSantis has become virtually a household name in American politics over the past few years, especially so during the pandemic. I’m a born and raised Floridian. I have all sorts of thoughts about Ron DeSantis. You might think you know what those thoughts are but you don’t. Some good. Some bad. But we’re not here to talk about that. We’re here to discuss Ron DeSantis fighting for the right to party, a cause that some might be surprised Ron DeSantis has taken up.

He announced this week that he would be fighting against the ‘incredibly Draconian’ policies put in place by some Florida public universities that suspend students out for partying.

I went to FSU and I’m no hypocrite. I know if I was in Tallahassee at school right now I wouldn’t be treating the pandemic the same as I am at home with a family and I don’t expect college students anywhere to live their lives like nuns even if that’s what the public is asking of them. I’m at a completely different place in life right now and am still getting my groceries delivered and only eat outdoors at restaurants but college is different.

It’s an unrealistic ask. You wouldn’t get fired from your job for partying with friends on the weekend, would you? Students at FSU can get suspended from school for partying after a new (reasonable) policy was announced by FSU’s President John Thrasher where students can be suspended for a semester for breaking isolation rules after testing positive.

Here’s the response from Ron DeSantis:

Gov. Ron DeSantis thinks students who attend Florida’s 12 state universities should be able to socialize without worrying about getting thrown out of school.

To that end, DeSantis said Thursday he’s willing to consider a college students’ “bill of rights” that would preclude state universities from taking actions against students who are enjoying themselves.
The governor’s office didn’t immediately respond to questions about when he might issue the “bill of rights” or whether it would be done through an executive order.

“I personally think it’s incredibly draconian that a student would get potentially expelled for going to a party,” DeSantis said Thursday. “That’s what college kids do.” (via WCVB)

If you’re interested in what FSU’s policy looks like, you can read President Thrasher’s announcement here but the gist of it this: “Socializing outside of your residence, working out at the Leach Center or engaging in activities such as going to parties may result in your suspension from Florida State University for a minimum of one academic semester.”

One aspect of this that I find odd is DeSantis later gave credit to the state universities for not going overboard but still thinks they students need some sort of protections in place. It’s as if he thinks the policies are good but still feels the need to intervene in a situation that doesn’t need intervention. It’s odd.

DeSantis on Thursday gave Florida universities credit because they haven’t “gone overboard” and shuttered campuses like schools in other states have, such as the University of North Carolina at Chapel Hill. He reiterated that college students are at low-risk from the coronavirus and the importance of in-person classes and on-campus socialization.

“We’ve got to be reasonable about this and really focus the efforts on where the most significant risk is,” DeSantis said. (via Politico)

If we could just start with a universal agreement by everyone in the world to STAY HOME if you test positive then we wouldn’t even be talking about this right now. Students aren’t being suspended for going to the bars which are open in Florida, they’re only risking suspension if they test positive AND get caught breaking isolation rules.

If you are sick, stay home. Problem solved.

It’s worth noting that DeSantis went to Yale for undergrad and Harvard Law for his J.D. and never experienced the state university student life in Florida himself.