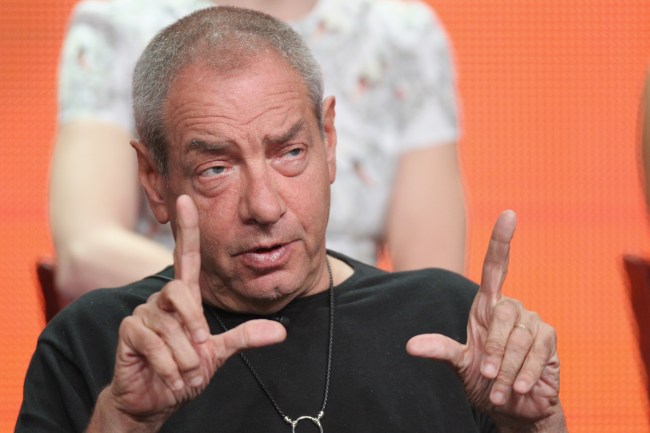 Craig Gore, a writer/producer whose credits include S.W.A.T. and Chicago P.D. has been canned from Dick Wolf’s upcoming Law & Order spinoff series after posting a Facebook photo brandishing a gun outside his home.

Ayy @Chris_Meloni your new showrunner is a proud boy pic.twitter.com/FUb8NYc7aW

“Sunset is being looted two blocks away from me. You think I wont light motherfuckers up who are trying to fuck w/ my property I worked all my life for? Think again…”

“I will not tolerate this conduct, especially during our hour of national grief. I am terminating Craig Gore immediately.”

Law & Order star Chris Meloni distanced himself from Gore by making it public that he has no idea who he even is.

Matt Olmstead is my Showrunner

I have gotten no word on ANY hirings

I have no idea who this person is or what they do https://t.co/Mtik40kij7

According to Gore’s IMDb page, he has had a bumpy road in the lead-up to his success in the entertainment industry.

Born in South Carolina, raised in North Carolina. Craig’s father went to prison for Manslaughter when Craig was 13. He was on his own by the time he was 16, forming a burglary/robbery crew, and became a professional thief. Craig then went to prison himself at the age of 18. Paroled at 20, and knowing he’d be killed or go back to prison if he remained down south. Craig moved to Chicago where he received a degree in fiction/creative writing from Columbia College Chicago.

Gore has since sold five original pilots before being hired (and subsequently fired) by Dick Wolf.