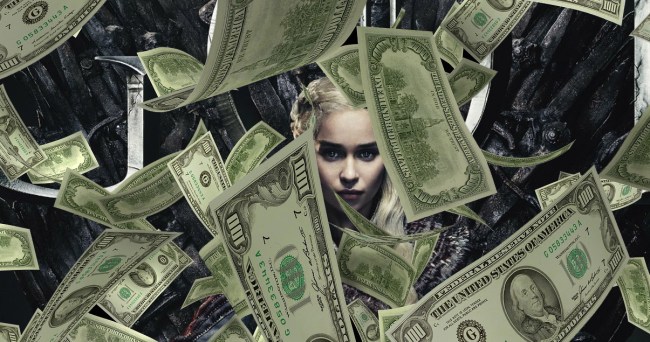 Gambling on TV shows is a relatively new trend that has become quite popular of late. Bookies now put out odds and release prop bets on numerous shows including the Oscars, WrestleMania, Survivor, The Bachelor, and HBO’s Game of Thrones.

The season eight premiere of Game of Thrones was not only one of the most viewed shows in HBO history, it also had more prop bets attached to it than any show we’ve ever seen.

Prop bets on season eight ranged from which Lannister will die first to how many people will Arya kill to whether or not Tyrion will ride a dragon.

Another prop bet for the start of season eight was which character would speak first with Tyrion Lannister ending up being the winner.

Unfortunately for betting sites who released prop bets for the show, DirecTV accidentally leaked the season eight premiere of Game of Thrones about four hours early – something that was not lost on gamblers.

The cyber-gambling site, SportsBetting.ag, says it lost in the “low five figures” on the prop bet. The book says Tyrion’s odds to speak first dropped from 4/1 to 1/1 in the 48 hours leading up to the premiere.

The bookie tells TMZ … “We assume that someone with inside knowledge was either betting heavily or telling all of their friends to do so. This type of stuff does occur in our industry, and we obviously can’t verify if there was a leak, but the betting action pointed to one.”

AT&T, which owns DirecTV and HBO, admits a system error gave some DirecTV Now customers early access to the episode by mistake.

The events of the season premiere also have drastically affected some prop bets such as who will end up sitting on the Iron Throne.

Of course, if DirecTV keeps released episodes hours early then all bets are off… literally.