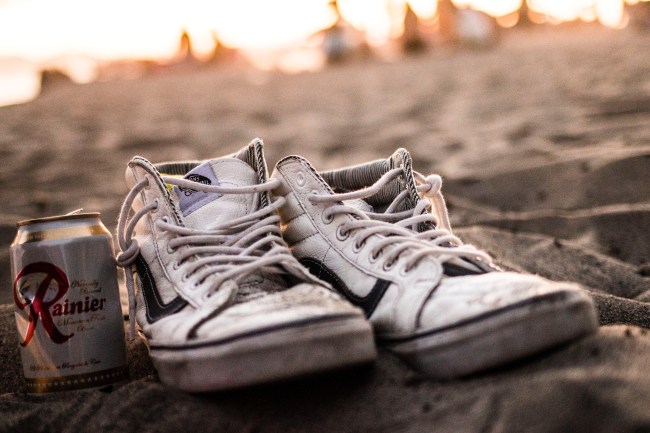 Ted Bundy is back in the news decades after he terrorized an entire nation because a documentary and a movie are getting much press. Many of Bundy’s first victims in the early 1970s were in the Seattle, Washington area. Now, there is another mysterious string of possible violence that is happening in the Pacific Northwest.

In the Strait of Georgia, where the Pacific Ocean flows into British Columbia, Canada, human feet are washing ashore in the Vancouver area. The human feet are not attached to bodies. The mystery of the disembodied human feet has been happening since August of 2007 and it is the 15th bodyless foot that has washed up in the area.

Ten of the disarticulated feet that have washed ashore in B.C. have been matched to missing people and five are unidentified. This alarming trend has many people in the area concerned that there may be a serial killer on the loose.

The latest person-less foot was found on the shore of a West Vancouver beach in September 2018. The most recent foot was from a male and was wearing a relatively new light grey Nike Free RN shoe U.S. size 9.5 that was manufactured between Feb. 1 and April 17, 2017, and had an OrthoLite insert. Based on the bone structure of the foot, the coroner’s office believes the victim was under 50. The DNA evidence did not match any missing persons cases.

There are several theories as to where all of these disarticulated feet are coming from. The one is that the disembodied feet are the trademark of a serial killer in the Vancouver area. Another theory is that they are from victims from a disaster when a plane crashed in nearby Quadra Island in 2005 and the random feet have been washing ashore ever since. Another idea is that the Boxing Day tsunami in 2004 from the 9.1-magnitude quake in Indonesia that killed more than 230,000 people and the body parts have been brought across the Pacific Ocean by currents.

“Feet easily disarticulate and when they are attached to a flotation device such as a running shoe, they are easily washed ashore,” said Gail Anderson, co-director of the Center for Forensic Research at Simon Fraser University in British Columbia. However, that doesn’t explain the feet found in the newer sneakers. So that puts the crazed serial killer with a foot fetish back in play.

All of the shoes were sneakers except for one boot. “Notice there are no feet washing ashore in stiletto heels or flip-flops. Also, today’s running shoes are much more buoyant than in the past.”

Vancouver Police have asked the public for assistance and anyone with information on the disembodied feet should contact the BC Coroners Service at 1-877-660-5077 and BCCS.SIU@gov.bc.ca.