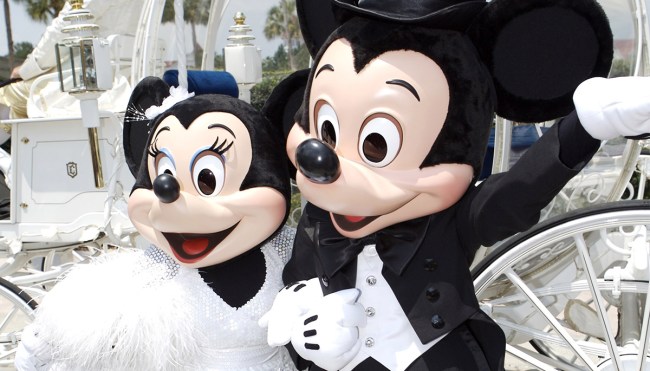 If you have the pleasure of being subjected to the long and drawn-out process that proceeds your typical wedding, there’s a very good chance you found out one of the biggest factors in ensuring you’ll be happy on what is supposedly your Big Day is doing everything in your power to make other people as happy as possible.

If there’s one thing I’ve learned over the years, it’s that the best way to make sure you enjoy yourself is to do what you can to make sure everyone enjoys themselves as much as possible. In my case, that meant splurging a bit to make sure my guests were treated to solid food and an open bar with a few top-shelf options during an otherwise modest reception (and also putting my personal issues aside and allowing the DJ to please the masses by playing “Love Shack”).

Of course, everyone has different priorities—including a bride who penned a now-deleted post on r/AmITheA—hole where she turned to the internet for some perspective after leaving a sour taste in the mouth of some of her wedding guests.

Why? Well, according to the post, she and her husband opted not to pay to give them any taste in their mouth by deciding “to not offer catering services/bar services” at the wedding. That choice might be somewhat unconventional, but it certainly isn’t unprecedented, so it seemed like they were somewhat justified in being annoyed that her aunt and some other guests were throwing shade on Facebook in the wake of the event—at least until you read about the motivation behind the decision.

It turns out the poster in question and her husband are both Disney Adults, and the amount of money they had allocated for their catering budget was very close to the $2,750 they ultimately spent to have…two people dressed up as Mickey and Minnie Mouse show up for 30 minutes (things get even worse when you realize the “food options” guests were informed would be available at the unidentified venue apparently included a number of vending machines).

If I went to a wedding like this, I too would be talking shit about it… fuck you mean you’re not providing catering??? At a WEDDING?? pic.twitter.com/12OMKlQogu

As you can see, they didn’t get a ton of sympathy after the story went viral on Twitter.

Someone who is good at the economy please help me budget this. My family is starving.

Imagine thinking having cartoon characters appear at your wedding is more important than feeding your guests. Tacky does not describe it

“There were vending machines throughout”

This can’t be a real lmao pic.twitter.com/f9U4orFyqu

Now, it’s worth noting this entire saga should be taken with a grain of salt, as Reddit has a long history of spawning borderline unbelievable stories concerning relationship issues that are virtually impossible to verify.

With that said, I want to believe.