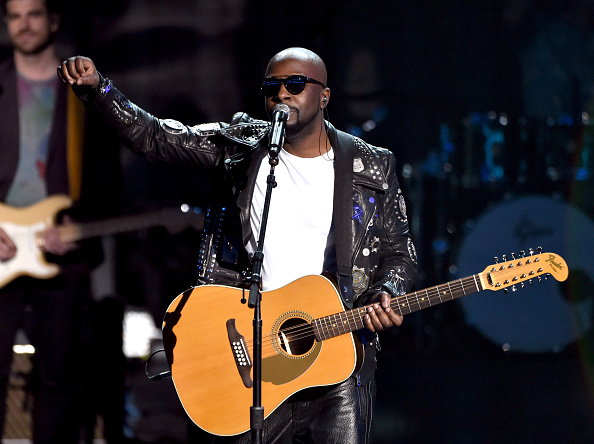 The year was 1994, and before he was a big-time producer who worked with talents such as Q-Tip, John Legend, Nas, and The Roots, J.Period was just an aspiring hip-hop producer. At the time, the 19-year-old J.Period was awestruck of Wyclef Jean and he mailed a letter to The Fugees to ask about the meaning of one of their lyrics. For the young cats out there, there was no social media, meaning you couldn’t DM, tweet, or Facebook message your favorite celebrities. You couldn’t even contact anyone on Myspace because it wouldn’t be invented for another nine years. If you wanted to contact a famous person you literally had to write a physical letter and send it in the mail. Archaic, I know. He sent a letter to Columbia Records from an address he found on the back of an album. Somehow it made in the hands of Wyclef Jean.

Gather round children. Let me tell you a story…

When I was 19 I wrote a letter to The Fugees, debating Wyclef on the meaning of one of his lyrics (yes, I know: #HipHopNerdAlert).

I was just a kid, no connections, and sent it to the address on the back of the album.

J.Period, who produced “The Hamilton Mixtape,” actually got a response from Wyclef and The Fugees star called him on the phone. They spoke for nearly an hour. Wyclef called him “The Kid.” Then in 1996, Wyclef gave “The Kid” a shoutout in the lyric on “The Score.”

Miracle #1: the letter (addressed to "The Fugees c/o Columbia Records" and send to the main Columbia address!) somehow reached him.

Miracle #2: Wyclef actually responded. He CALLED ME to discuss.

Proof? Last week I unearthed this voicemail from an old cassette! pic.twitter.com/R0Mr71XTWS

Then in a “time is an ultimate circle” moment, J.Period worked on a mixtape with Lauryn Hill from The Fugees. It went over so well that Bob Marley’s son, Rohan, asked him to “put cuts on the Fugees song ‘Take It Easy’ at Platinum Studios.” And wouldn’t you know he met Wyclef Jean in person years after their first miraculous interaction.

It was an unbelievable act of generosity from a superstar. The conversation lasted nearly an hour. I was floored, even more by what came next: a lyric on The Score dedicated to the Kid.

I was just a fan, and the fact that Wyclef went so far to bless me will never be forgotten.

I’d been called in by my brother @Romarley to put cuts on the Fugees latest song "Take It Easy” at Platinum Studios. pic.twitter.com/R9uFUGXtic

Irony was: Clef didn’t realize I was the same kid. When he found out, it blew his mind. Somehow the Kid who’d written a letter had written himself all the way into the studio, and putting cuts on that last Fugees song was like a final stamp on the story.

Fast forward to the 2018 Grammy’s, J.Period made yet another unlikely connection with Clef. At The Roots pre-Grammys party, they took a selfie. J.Period credits “miracles” to get him to this juncture.

This is me and Clef last night, laughing about it at @TheRoots #GrammyJam.

Artists, be good to your fans! You never know who your next act of generosity might inspire. pic.twitter.com/cQNcD4g3dF

Keep pushing and keep hustling until you’re rubbing elbows with your idols.