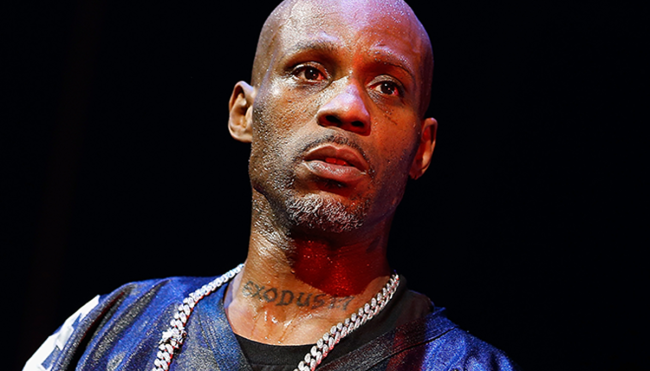 In 1986, aspiring music executive Joaquin “Waah” Dean took a ride with Heavy D up to Yonkers to meet a 15-year-old rapper by the name of DMX, who showcased the formidable talents that would eventually make him the cornerstone of Ruff Ryder Records.

Convincing him to pursue a career in music was easier said than done, as DMX had already developed a drug problem and had made plenty of enemies due to his penchant to support it by routinely pulling stickups and robberies that would land him in prison just a couple of years later. By the time he was released, he was ready to make a concerted effort to try to establish himself as a force to be reckoned with in the hip-hop world, but he was never really able to leave that old life behind—a problem that would plague him until he tragically passed away on Friday following an overdose.

The legacy of DMX is a fairly complicated one, as the meteoric rise that resulted in him becoming the most dominant force in hip-hop at the turn of the millennium became increasingly overshadowed by the many legal and personal troubles he found himself embroiled in the decades that followed. However, I can’t think of a better way to honor him in the wake of his passing than taking a look back at what he should truly be remembered for: how he became the legend he was and always will be.

DMX initially made a name for himself in the early 1990s, where he honed his skills by battling fellow up-and-comers in the New York City rap scene—including Jay Z, who he faced off against in a fabled showdown in 1993 where the two of them spent hours trading bars while standing on top of the felt-covered tables in a pool hall in the Bronx.

Shortly after, the infamous rivalry between rappers on opposite coasts began to escalate, but DMX remained on the fringe after failing to attract the interest of both Bad Boy and Death Row. That feud essentially came to the end following the murders of 2Pac and the Notorious B.I.G., which sparked plenty of speculation about who might step in to fill that void—a question that was soon answered when DMX signed a deal with Def Jam in 1998.

At that point, the rap scene was largely defined by the shiny suits and aspirational braggadocio embraced by the many artists who peppered their songs with references to the lavish lifestyle they lived. It was a sharp contrast to the unadulterated rawness of DMX, a man who personified the grittiness of the rough streets he immersed himself in and the life he lived as a result—one he introduced the world to with “Get At Me Dog,” the breakthrough single that served as the tipping point in his career.

He more than lived up to the hype the song generated with the release of It’s Dark and Hell Is Hot, an album that was also home to “Ruff Ryders’ Anthem,” which is arguably the defining track of DMX’s career thanks in part to the accompanying video that showcased the lifestyle he led.

The album hit No. 1 on the Billboard 200 after moving 250,000 copies in its first week, marking the start of a truly unreal run. He followed it up with Flesh of My Flesh, Blood of My Blood, which was just as successful and made him the only rapper aside from 2Pac to have their first two records premiere at the top spot. Unfortunately, his initial commercial success didn’t come with the same amount of critical acclaim, which led to Jay Z boycotting the Grammys when he received a nomination for Vol. 2… Hard Knock Life but DMX failed to get one of his own.

If you need more proof about how much he was respected by his contemporaries, I would turn your attention to yet another story involving Jay Z. The Brooklyn native was supposed to be the headlining act on their tour together, but he eventually decided to perform before DMX because he couldn’t match the sheer energy he injected into the crowd when he opened shows.

DMX would eventually get the credit he deserved when the Grammys made up for the previous snub by giving …And Then There Was X the nod. He once again found himself at the top of the charts, and after doing the same with his next two albums, he became the first artist in music history to have five straight records earn that honor in their first week.

This dynasty would eventually begin to crumble in the early 2000s thanks to in-fighting at Ruff Ryder Records that marked the beginning of its decline in addition to newcomers like 50 Cent and Kanye West, who ushered in a new era of hip-hop. It would also mark the start of the long line of the aforementioned incidents that began to overshadow what he managed to achieve at his peak, but the indelible mark he managed to leave should never be forgotten.