DMX Admits Himself Into Rehab And Cancels Shows 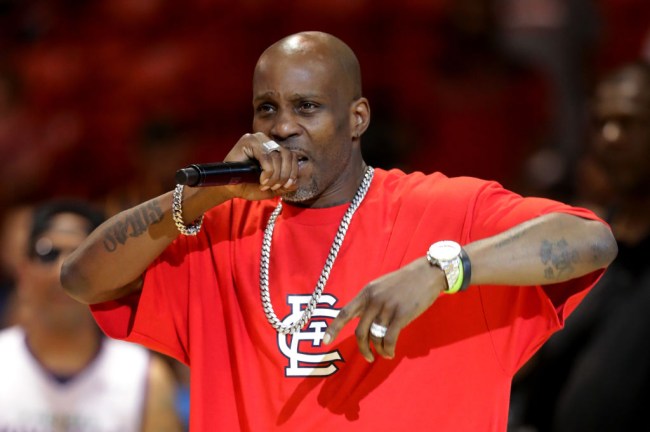 Hip-hop legend DMX has admitted himself into rehab. The rapper announced the news on social media on Sunday.

One month after signed a deal with Def Jam, DMX is going back to a drug rehabilitation facility for his substance abuse issues. DMX’s official Instagram account posted an update on the rapper’s situation that included a photo of the rapper:

In his ongoing commitment to putting family and sobriety first, DMX has checked himself into a rehab facility. He apologizes for his cancelled shows and thanks his fans for their continued support.

DMX has canceled several shows, including on Saturday at Three 6 Mafia’s reunion concert in Memphis and at the Rolling Loud in New York on Sunday.

Scarface wrote, “Much love X.” While Def Jam co-founder Russell Simmons said, “Love you and always will. Keep your head up.” Cassanova posted, “PRAYERS TO YOU MY BROTHER.”

DMX’s struggle with addiction has been long-documented. In 2016, the Party Up In Here rapper nearly died from a drug overdose in Yonkers. Drug-related arrests have plagued the rapper for decades and as recently as 2017. In 2018, DMX had a relapse with cocaine and Oxycodone. DMX was released from prison on January 25th after serving a year in jail on tax evasion charges. He soon launched the 20th-anniversary tour celebrating It’s Dark and Hell Is Hot.

After signing with Def Jam, DMX was working on a new album, his first new studio album since 2012’s Undisputed. DMX was also reportedly working on a biopic. DMX performed at Coachella in April.

DMX has not been shy about discussing his drug addiction and has said that current rap promotes drug use. Let’s hope the Yonkers rapper gets the help he needs.