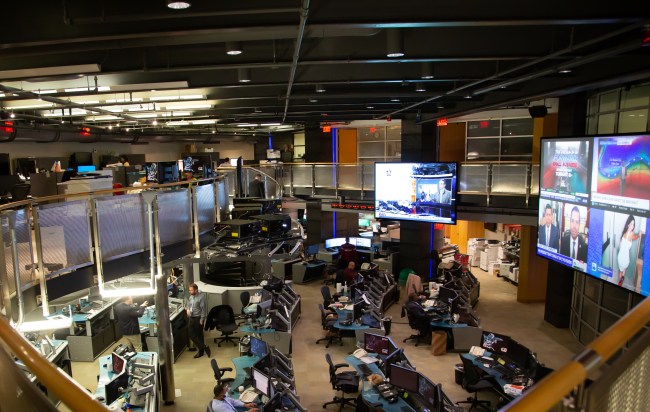 The United States faces threats from Russia, China, Iran, and North Korea, as well as attacks by domestic terrorists. But what might surprise you is that the Office of the Director of National Intelligence, which heads the top U.S. intelligence agencies, is keeping close tabs on an unsuspecting danger to national security – OnlyFans model Tiffany Poindexter.

In April, the official Twitter account for the Office of the Director of National Intelligence posted a tweet praising the National Counterterrorism Center, according to the Daily Caller.

Today, NCTC leads the integration of counterterrorism intelligence for the entire U.S. government, with the Operations Center serving as the nucleus for tracking potential crises and attacks. Learn more about the Operations Center and its mission here: https://t.co/Vfk59mWvFX pic.twitter.com/ynqKCri3E2

The tweet included a photo of the National Counterterrorism Center, which includes huge TV screens blaring Fox News, MSNBC, CNBC, and other news programs. At the moment that the photo was taken, the staff at the National Counterterrorism Center were watching a news story about Tiffany Poindexter, an OnlyFans model who made headlines earlier this year for going public after being bullied by fellow parents from her kids’ Catholic school.

The DNI even posted the photo of the OnlyFans mom on its official government website.

Poindexter saw her photo on the tweet from the ODNI and hilariously responded, “Keep an eye on the lower right hand screen. That woman is a known security risk, I have it on good authority.”

Keep an eye on the lower right hand screen. That woman is a known security risk, I have it on good authority

What Does The The Director of National Intelligence Do?

Why is the staff at the National Counterterrorism Center watching news segments on the OnlyFans mother who had her children expelled from school after backlash for her risqué occupation?