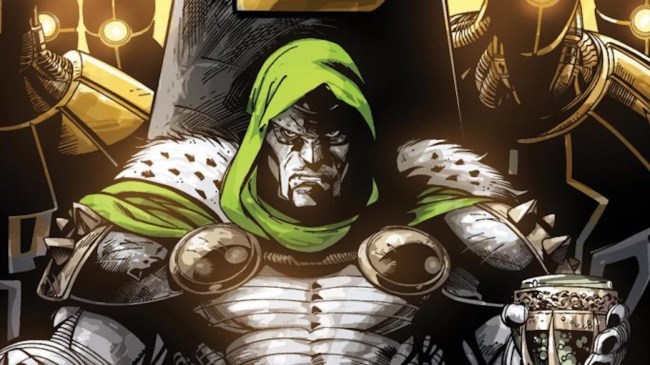 Ever since Disney acquired Fox, fans of the Marvel Cinematic Universe have been clamoring for news regarding the famed characters that came along with the purchase of Fox.

After previously being separate from the MCU, iconic Marvel Comics characters such as the Fantastic Four, the X-Men, and Deadpool are now free to enter the world’s most famous cinematic franchise.

Take this latest rumor, for example, which claims that the upcoming Disney+ series WandaVision — which will feature Scarlet Witch and Vision — will be used to introduce infamous Fantastic Four nemesis Doctor Doom, according to ComicBook.

Sheila Knox, an actress with one credit to her name listed online, tweeted that she was having to cut her vacation short after her agent informed her that she will be cast in WandaVision. Knox then went on to tweet something more interesting: “Doomstadt! In Helen!”

Doomstadt in Helen would mean the production is posing Helen, Georgia as Victor von Doom’s birthplace from the pages of Marvel Comics. Helen, Georgia is a small Bavarian town which already offers up a perfect look for the setting and would not require a tremendous amount of dressing. WandaVision is filming near Atlanta at the Pinewood Studios in Georgia, so the notion of the production taking over a small town in Helen is not farfetched.

“The quaint Bavarian town of Helen, Georgia is certainly a dead ringer for Doomstadt, the capital city of Latveria and the birthplace of Victor Von Doom and, perhaps more relevant to the story here, his mother, Cynthia Von Doom, a Romani sorceress,” Charles Murphy, who first discovered the tweets, wrote. “Given the series looks to be exploring the backstory of Agatha Harkness, it’s possible that it could explore other, different magic users, including Cynthia. Since we don’t know the plot of WandaVision, it seems like SWORD, Agatha Harkness and, potentially, Doomstadt, are disparate ideas and we might have to wait a while to see how they all tie together, if they do at all.” [via ComicBook]

Given Doctor Doom’s status as one of Marvel Comics’ most beloved villains, his introduction into the MCU became not matter of if, but when, as soon as Disney acquired Fox.