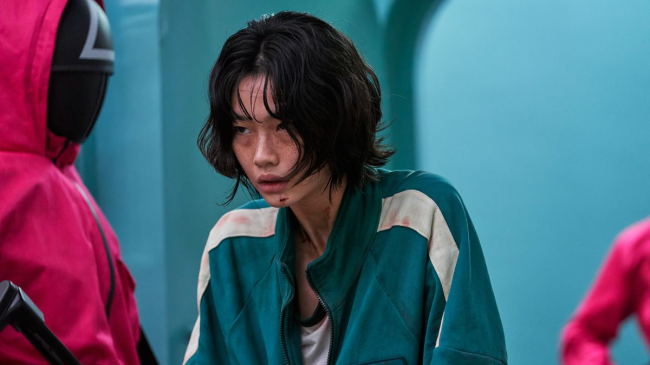 As everyone who has watched the surprise Netflix hit Squid Game knows, the series about the gruesome survival contest has more injuries and deaths than a John Wick movie.

So one can only imagine what it would be like for someone who works in the field of medicine to watch the series and see so much pain and suffering.

Actually, we don’t have to imagine what would be like because popular YouTuber Doctor Mike took a look at the many injuries and deaths suffered by competitors in Squid Game to see if they’re actually medically accurate.

He begins the video by pointing out that before the games even begin, the main character of Squid Game, Gi-hun, has already suffered a nasty injury when the gangsters beat him up in the bathroom.

Doctor Mike then moves on to the first medical mystery in Squid Game: the noxious gas that puts the 456 players to sleep so they can be transported to the site of the games. 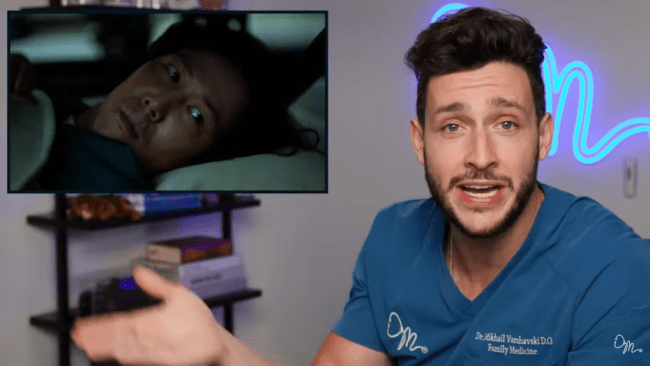 His question isn’t about what the gas is (though he is very curious to find out), or whether it’s possible to do such a thing, but rather, “How did they all wake up simultaneously at the same exact time If they were given a chemical?”

“Chemicals have different excretion points in different individuals,” he continues. “I’m going to have a certain set of effects, you may have a different set of effects. How do they all wake up uniformly?”

Another thing Doctor Mike says would never happen in real life is the scene during the Red Light, Green Light game when Abdul Ali uses one arm to hold Gi-hun up to prevent him from moving.

“There’s no way you’re doing it. Especially this guy with his frame, no shot!” he says.

Later, Doctor Mike addresses perhaps the first serious injury to occur during the game when Jang Deok-su kicks the living hell out of another competitor leading to his death.

“I mean he must’ve done some powerful kicking,” says the doc.

“The one way you could die in that situation is obviously internal bleeding, but what could be more dangerous is if he kicked the rib, the rib fractured and actually punctured a lung, he then had a pneumothorax with a collapsed lung, and because of that he wasn’t able to profuse his body, and as a result he died.”

As for the Tug of War where dozens of people fall to their deaths, Doctor Mike says, ” When you’re falling from that height, everything breaks, everything splatters ’cause you’re essentially going from a really fast speed to a complete stop.”

Doctor Mike also talks about other medical situations in Squid Game including the grisly organ harvesting scenes, how Oh Il-nam says he deals with his Alzheimer’s, and the one scene no one wanted to see coming, Kang Sae-byeok in the bathroom with a giant shard of glass sticking out of her abdomen, which she proceeds to remove with her bare hand. 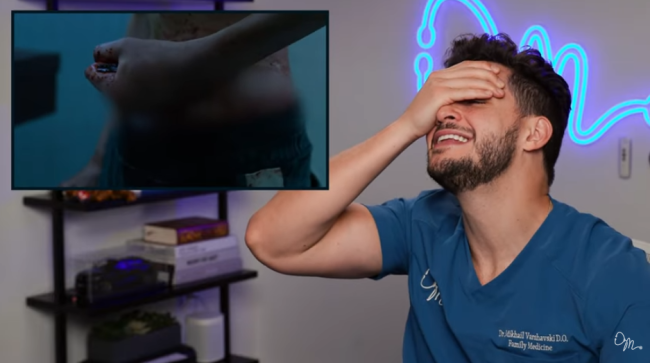 “I wish she would at least wrap some paper around it so she’s not ripping sharp glass with her hands,” he says. “No! Just leave it in! Oh no. This is terrible.

“Once you start piercing the bowel, you essentially start having escape of bacteria into the gut, and when that happens you start getting an infection of the entire abdomen. You essentially die, without treatment, of course.”

Doctor Mike also poo-poos the scene where Hwang Jun-ho’s brother uses a knife to remove a bullet from his shoulder after the brothers’ confrontation on the cliff.

“He just casually popped out the bullet with a knife,” says Doctor Mike. “That was a fairly close range shot, that’s going deeper than just superficial that you can just pop it out. Like, that’s going deep into your shoulder. This is so unrealistic.”

But it’s so fun to watch.