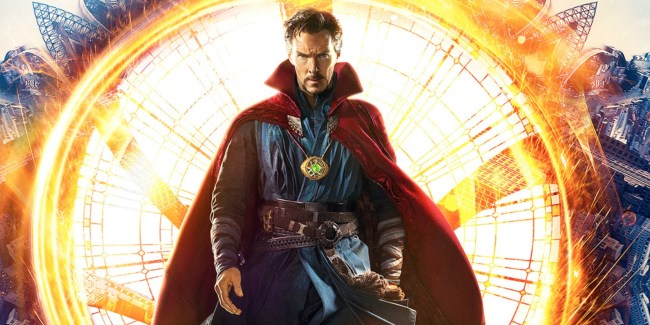 As the Marvel Cinematic Universe continues to grow and expand, so does the necessity to deliver new and exciting ways to tell these stories that fans have come to adore over the last decade-plus.

In recent years, Disney has already begun to bring innovation the MCU as movies such as Guardians of the Galaxy, Doctor Strange, Thor: Ragnarok, Black Panther, and Captain Marvel have added new and exciting dimensions to the acclaimed and beloved comic book franchise.

That continued innovation looks set to continue in the coming years, as Disney not only has plans to expand the MCU to Disney+ but has a slew of exciting and somewhat alternate film projects on the horizon such as The Eternals, Shang-Chi and the Legend of the Ten Rings, Thor: Love and Thunder, and perhaps most notable, Doctor Strange in the Multiverse of Madness.

Ever since it was announced, Doctor Strange In The Multiverse of Madness has been propositioned as a massive game-changer in the Marvel Cinematic Universe, and according to a recent rumor, that expected game-change emay come in the form of “alternate” versions of iconic MCU characters appearing in the fil.

According to a new rumor, Doctor Strange and the Multiverse of Madness will feature some well-known MCU characters, but different versions of them from other realities. This could open the door for all kinds of twists and turns from the studio, which sounds pretty wild. Jeremy Conrad, who has a pretty decent track record with breaking Marvel Studios news, was the first one to reveal the rumor. He had this to say.

Clearly, regardless of what ultimately unfolds in the film, all of the recent rumors seem to indicate Marvel Studios has absolutely enormous plans for Doctor Strange In The Multiverse of Madness.

Here’s the official synopsis for Doctor Strange In The Multiverse of Madness, via DigitalSpy:

“After the events of Avengers: Endgame, Dr. Stephen Strange continues his research on the Time Stone. But an old friend-turned-enemy puts an end to his plans and causes Strange to unleash unspeakable evil.”

Doctor Strange In The Multiverse Of Madness — which currently does not have a director after Scott Derrickson exited the project due to “creative differences” — is set to hit theaters in the United States on May 7, 2021.