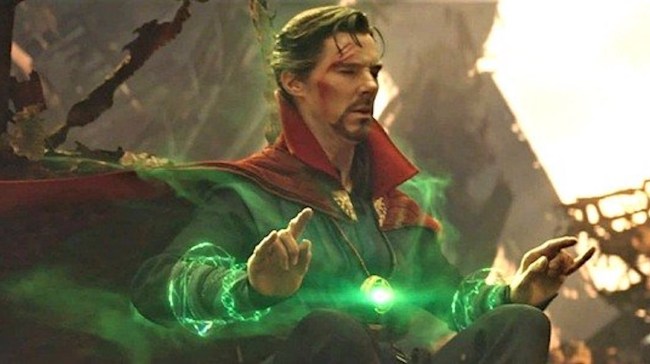 \With the future of the Marvel Cinematic Universe set to expand into the “multiverse”, Marvel Studios is eyeing the 2021 sequel to Doctor Strange — Doctor Strange In The Multiverse of Madness — to usher in those dramatic changes to the sprawling franchise.

In fact, Marvel Studios already began laying the seeds of a multiverse in Avengers: Endgame due to all of the Time Stone fuckery that Bruce Banner partakes in. And according to one mindblowing fan theory, Doctor Strange In The Multiverse of Madness has actually already taken place because of this aforementioned timeline branching.

One new intriguing fan theory suggests Doctor Strange in the Multiverse of Madness has already happened. As pointed out by u/gunnersawus, Endgame created a minimum of five separate timelines as a direct result of events happening in the film, meaning the multiverse is already created and waiting for chaos to unfold.

Using this theory, that would mean Doctor Strange in the Multiverse of Madness wouldn’t be about a trip between dimensions or worlds — instead, it’d be about the Sorcerer Supreme traveling amongst timelines in hopes of ironing out the kinks so the multiple timelines don’t somehow manage to fold in on themselves.

If we want to get even more technical, Strange himself had previously seen how the Avengers win, meaning it’s all but guaranteed he saw they traveled through time and created half a dozen new timelines in the process. [via ComicBook]

As one Reddit user aptly points out, Tony Stark also warned Captain America in Endgame that Stark also mentions, that if you mess with time, it tends to mess back, which would lend further credence to this theory.

Regardless of what actually takes place in the film, all of the recent rumors seem to indicate Marvel Studios has absolutely massive plans for Doctor Strange In The Multiverse of Madness.