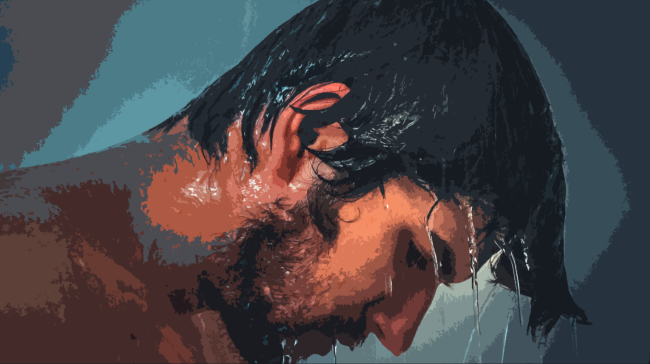 A doctor on TikTok has gone viral for sharing a rather unusual, and possibly unexpected, reason why it’s a bad idea to pee in the shower.

First off let’s just get this out of the way. If you are reading this then there is a very high likelihood that you have at one time or another in your life peed in the shower. It’s okay. You’re not alone.

Dr. Alicia Jeffrey-Thomas knows this. But seeing as how she is an expert on all things related to the bladder, she would know if it really is a bad habit to practice.

Interestingly, the first thing the good doctor brings up is the famous Pavlov’s Dog experiment, or classical conditioning.

“If you pee in the shower, or turn on the faucet or turn on the shower and then sit on the toilet to pee while the shower is running, you’re creating an association in the brain between the sound of running water and having to pee,” says Jeffrey-Thomas.

So, I can hear you asking, what’s the problem with that?

Well, creating this conditioning of the association of running water with peeing can result in your body causing you some “leak issues.”

She also points out that it’s an even worse idea for the females of the species because their bodies aren’t designed to pee standing up. Doing so will result in not emptying the bladder as well as it would be if one was sitting down.

Reply to @gwas007 why you shouldn’t pee in the shower (probably part 1 of multiple?) ##learnontiktok ##tiktokpartner

Many commenters were completely blown away by this news.

“Wow. I’d never thought about it that way,” one person commented.

“My mom did this to me,” someone else wrote. “Conditioned me to pee with a faucet before we got in the car. Now every time I wash the dishes or hands it’s triggered.”

“I’m an ocean girl and I’ve peed while swimming my entire childhood and now I feel the urge every time I touch water. I can’t get rid of it,” wrote one viewer.

“My brain just exploded and it makes total sense!” shouted another.

Not everyone was on board though.

“Damn and here I was thinking I was being useful and saving water,” someone commented.

“I mean, I appreciate this a lot,” wrote another person, “but I’m probably not going to stop.”

To pee, or not to pee…in the shower, that is the question.