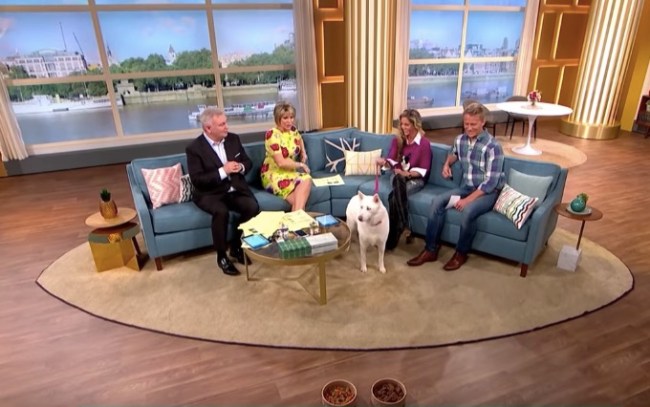 Dogs love meat. There’s absolutely no denying this. If you ever get it in your head that your dog doesn’t like meat then you’re projecting some bullshit onto your pet and you need to look inward because it has nothing to do with the dog whatsoever, I promise.

When I first picked up my puppy about 7 years ago we left the breeder with a bag of chicken-based food. The breeder told us it was the ‘good stuff’ and we should keep the dog on that food until it got older. WRONG.

It turned out my dog was pretty allergic to chicken and that manifested itself in some horrific diarrhea episodes around my Upper East Side apartment in the middle of the night. I’ll spare you the slippery details but after that our vet advised I move my dog to a seafood-based food.

I settled on this super-high protein-based food out of Alberta, Canada made from 6 or 7 different types of local fish. It was great until the company got acquired and the quality of the food went to shit so after 4+ years of a fish-based food we moved our dog over to a Buffalo/Beef blend and HOLY SHIT I had a puppy again.

The immediate spike in energy, attitude, and excitement to eat again I saw in my dog was insane and very visual proof that I should’ve always been feeding my Bernese Mountain Dog a meat-based food and not anything consisting mostly of plant or seafood.

This woman below isn’t a vegetarian or vegan. I’ve seen her getting horrific comments on Twitter over the weekend from people assuming she was a batshit crazy activist. That’s not the case at all.

In fact, after this clip aired on Britain’s This Morning she said she’d be switching her dog back to a meat-based food immediately, but that didn’t happen until she got embarrassed on live TV.

READ NEXT: Todd Gurley Says He Hates Dogs And Has Plans To Become A Crazy Cat Lady

This person switched her dog to a vegetarian diet for the ‘hot summer months’ and convinced themselves it was in the dog’s best interest AND that the dog had come to love its new life as a vegetarian. Bullshit.

Here, the dog’s presented with a choice and instinct kicks in while the owner gets clowned on television:

Dogs aren’t humans. They aren’t going to factor in the morality of eating meat. They’re going to eat the food that gives them the best chance to live a healthy life.

It’s an instinctual decision and one that shows a primal distaste for vegetables over meat. Today, we are all dogs.

READ NEXT: I Have Seen Heaven And It’s This Party Of 361 Golden Retrievers For The Breed’s 150th Birthday

Shout out to dogs for making the right decision.