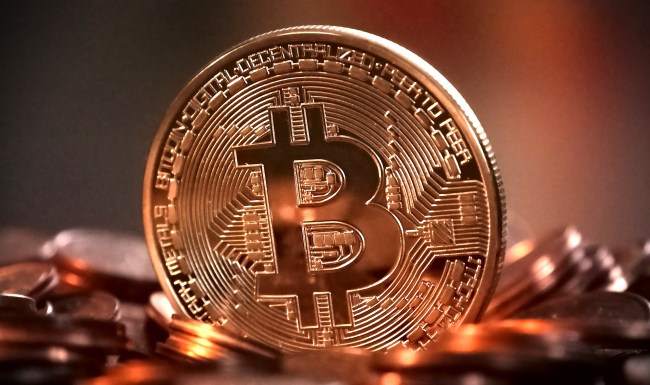 The Department of Justice just announced the seizure of over $3.6 billion dollars in stolen Bitcoin today—yes, we’re talking billions with a “b” here.

The press conference was posted to the DOJ’s Twitter account earlier. Deputy Attorney General Lisa Monaco said the Department is charging husband and wife couple, Ilya Lichtenstein, 34, and Heather Morgan, 31, for their “alleged roles to launder stolen cryptocurrency from taken during the 2016 hack of a virtual currency exchange.”

BREAKING: DOJ says Ilya Lichtenstein, 34, and his wife, Heather Morgan, 31, both of New York, were arrested today and charged with money laundering cryptocurrency stolen from Bitfinex in 2016. DOJ says it has recovered a whopping $3.6 billion worth of crypto.

It must be noted that Ilya Lichenstein and Heather Morgan have not been charged with the cryptocurrency hack, but with conspiring to launder money.

The hack Lisa Monaco is referring to is the 2016 hack of Bitfinex, where over 120,000 bitcoin were stolen in the hack that was valued at $71 million dollars at the time. Today, the value of the stolen bitcoin is well over $4 billion dollars.

Prosecutors explained the Bitcoin was sent to a digital wallet Lichentstein had possession of.

Details of how the entire arrest played out have yet to be released, but Lisa Monaco had this to say,

Thanks to good ol’ fashioned police work, we traced the funds from the exchange which led us to a wallet containing over 2,000 bitcoin addresses. From there, investigators followed the money….

Monaco went on to say this is the “largest seizure of cryptocurrency ever by US law enforcement,” as well as the Department’s “largest single financial seizure in its history.”

Who are Ilya Lichenstein and Heather Morgan?

According to research found in court papers by the Washington Post, Lichenstein is a tech entrepreneur who goes by the nickname “Dutch” who holds U.S. and Russian citizenship. Lichentichen also calls himself online an “angel investor.” Lichenstein describes himself as a “Tech entrepreneur” on his LinkedIn page.

Lichenstein’s wife, Heather Morgan, describes herself as a “Serial Entrepreneur, SaaS Investor and Surrealist Artist/Rapper” on her LinkedIn page.

Heather Morgan has certainly stepped more into the public limelight as opposed to her husband. She’s actually written for both Forbes and Inc. We found her author links on her LinkedIn profile.

If you go to Morgan’s author profile on Forbes, her bio includes the lines,

When she’s not reverse-engineering black markets to think of better ways to combat fraud and cybercrime, she enjoys rapping and designing streetwear fashion.

The Extravagant Lifestyle of Ilya Lichenstein and Heather Morgan

Remember how we mentioned Heather Morgan being a rapper? She refers to herself as “RAZZLEKHAN,” as noted in court filings.

Morgan also loves to make TikToks. Here’s one she posted dining with Lichenstein (he appears at the very beginning of the video sitting across from Morgan at the table).

OK. THE HACKERS ARE NOT CIA. THEY ARE IDIOTS. pic.twitter.com/H13DGwLJ61

Here’s Morgan freestyling about her AirPods.

And perhaps the most hilarious TikTok of them all, Morgan explaining how she built her “multimillion-dollar business.”

How the Couple Allegedly Spent the Stolen Bitcoin

It appears Lichenstein and Morgan could have possibly used the alleged stolen cash to fund their multiple business ventures.

An affidavit filed by the IRS claims the couple only spent a tiny portion of the money, with some of it being spent on gold and NFTs.

What a magical weekend! I cannot thank you enough everyone who came & participated in my ridiculous extravaganza! 💜🧞‍♀️🙏🏽🧿

Committing a heist requires a lot of luck as is, but maintaining a public profile for nearly 6 years and then seeing that sum of money multiply into meteoric numbers?

It’s safe to say this is the craziest story in all of 2022 so far. Stay tuned for more details.